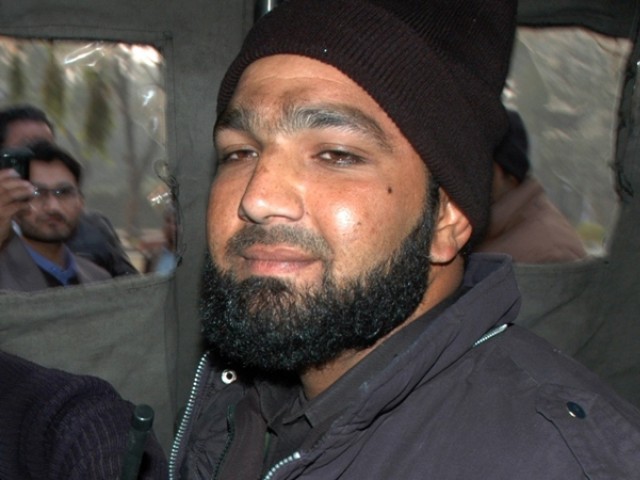 Arrested Qadri sits in a police van at the site of a fatal attack on Salman Taseer, the governor of Punjab, by his bodyguard in Islamabad on January 4, 2011. PHOTO: AFP

KARACHI: More than 500 religious scholars belonging to the Barelvi school of thought paid rich tributes to the assassin of Punjab Governor Salmaan Taseer on Tuesday and urged ‘Muslims across the country’ to boycott the  funeral ceremony.

While the Deoband and Barelvi leaders appear to be on the same page when it comes to condemning the slain Pakistan Peoples Party (PPP) leader for terming the blasphemy law as a black law, the Barelvi scholars, who claim to be the ‘true lovers of the Holy Prophet (pbuh)’, have taken a more hardline stance.

The largest body of the Barelvi group, the Jamaate Ahle Sunnat Pakistan (JASP), whose directions are considered binding on every other organisation that follows the same school of thought, issued a statement saying that “No Muslim should attend the funeral or even try to pray for Salmaan Taseer or even express any kind of regret or sympathy over the incident.”

“We pay rich tributes and salute the bravery, valour and faith of Mumtaz Qadri,” the statement said, adding that the ministers, politicians, ‘so-called’ intellectuals and anchor persons should learn lessons from the governor’s death. The scholars said that those who insult the Holy Prophet (pbuh), even if they did not intend to, were liable for death.

Hajji Mohammad Tayyab, who is also the secretary general of the Sunni Ittehad Council, told The Express Tribune that scholars had “repeatedly urged the president, prime minister and Governor Taseer himself that if their knowledge about the blasphemy law are limited, they should consult them and avoid debating over the issue as it would inflame the people and then anything could happen.”

Shah Turabul Haq Qadri’s son Siraj, also a senior member of the JASP, endorsed the statement and said it was now binding on every Muslim.

Jamiat Ulemae Pakistan (JUP) central executive committee member Maulana Shabbir went as far as saying that in his opinion Salmaan Taseer was ‘Wajubul Qatil’ (must be killed according to divine law). “He had called the divine law of God, a black law and tried to protect a condemned blasphemer,” he said.

Senior Sunni Tehrik leader Shahid Ghauri said although his party was yet to issue any formal statement about the matter, he would support the call of JASP because the people who gave the edict were his elders.

Senior Jamaate Islami leader Farid Paracha distanced his organisation from the JASP statement, but condemned the governor for calling the blasphemy law, a black law. “I believe that this call for changing the law was being done at the behest of the US and other western powers.”

Senior cleric of the Deoband school of thought and Jamia Binoria chief Mufti Naeem said he could not understand why the slain PPP leader invited trouble for himself, especially given that the blasphemy law was passed in 1985 by the parliament unanimously. “He kept on taking Aasia’s name, but I ask why didn’t he ever make a similar plea for Aafia (Siddiqui).” Naeem said although Islam says that anyone who commits blasphemy is liable to death punishment, what the killer Mumtaz Qadri did was totally wrong as he took the law into his hand.

“The blasphemy law was made exactly to prevent such incidents. Else there will be chaos in the country and everyone would kill everyone,” he said. Maulana Asad Thanvi too supported Naeem’s stance and said although what governor Taseer did was condemnable in the strongest words, he should have been tried in the courts.

Allama Abbas Kumaili of the Shia school of thought said the blasphemy law can be misused and there was no doubt about it. “But the way Salmaan Taseer took up the matter was blunt which inflamed the more emotional and ignorant people of our country.”