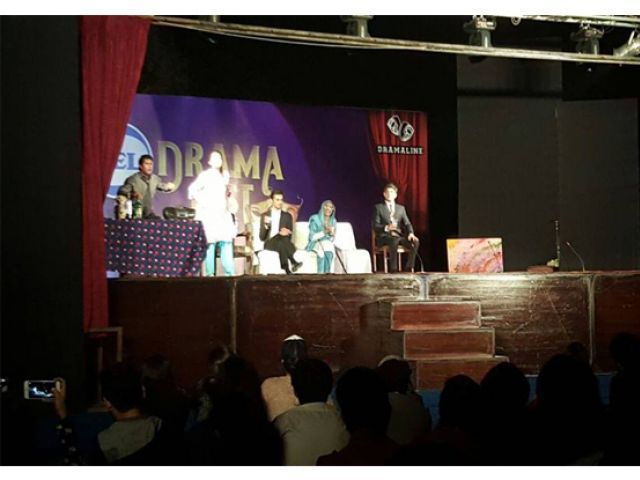 A huge crowd turned out at the Lahore University of Management Sciences (LUMS) on the last day of the three-day theatre festival on Sunday.

The day featured seven performances by teams from the Shaheed Zulfikar Ali Bhutto Institute of Science and Technology (SZABIST), the Aichison College, the Beaconhouse National University (BNU), the Iqra University, the FAST and the LUMS and a special performance by children from the SOS Village.

The day started with the SOS Village performance. The short play based on the lives of two boys from different economic backgrounds received a standing ovation from the audience.

The team from the SZABIST presented a musical play, Taking a Chance on Love. The Aitchison College team performed a comedy titled, Ali Ki Wedding (Ali’s Wedding). It narrated the story of Ali, a college student from a middle class family, who falls in love with a girl. The plot revolves around the protagonist’s efforts to convince a girl to marry him.

The BNU team’s Unheard Melodies told the story of a married couple who struggle to decide whether or not to have a baby. The husband was shown to be reluctant because of his unhappy childhood experiences.

The festival had attracted 400 artists from 25 institutions across the country. The three-day event featured 20 performances.

Speaking to The Express Tribune¸ the organising team members said huge crowds had turned out to watch the performances on all three days. They said the gathering on the concluding day was bigger than their expectations.

Sheikhupura district: Will the real PML-N candidate please stand up?