Return of the firebrand: After hiatus, Abdul Aziz back to no good

Return of the firebrand: After hiatus, Abdul Aziz back to no good 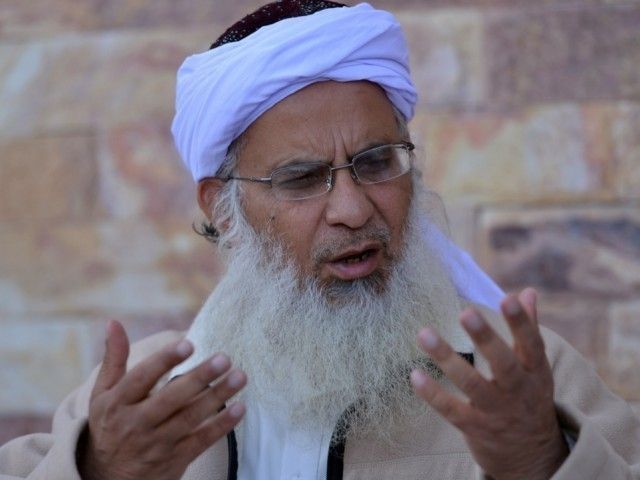 Abdul Aziz Ghazi feels the laws and rules governing the lives of Pakistanis do not apply to him. Despite refusal from the district administration and the threat of house arrest, the firebrand Lal Masjid has vowed to give a sermon at the mosque on Friday (today) and restart his campaign to enforce Sharia Law.

The move comes despite the fact that on Thursday, the Islamabad administration refused to give him permission to give the sermon, ICT officials told The Express Tribune.

In December last year, the Aabpara police registered a case against Aziz for criminal intimidation. Around the same time, the government withdrew the official security he had enjoyed for three years. The interior minister had already told the media that Aziz was not the state-approved prayer leader for the mosque.

A senior administration official, while requesting anonymity, told The Express Tribune that administration will not allow Aziz to access the mosque, and if he tries, he will be arrested.  “Aziz could be placed under house arrest tonight (Thursday) or he may be arrested on Friday morning as a case has already been registered against him,” said the official, who is close to the development.

The official said that Lal Masjid — which is government owned — is not an ordinary mosque. It has a dangerous history, and the administration cannot just allow Aziz to restart his activities, said the official.

He added that the administration is bound to ensure the implementation of National Action Plan, the slow pace of which has already been criticised by the military. “We can’t afford such activities, especially in the capital,” the official said.

On November 8, Aziz told the media that he would restart his activities. Since then, the administration has been trying to convince him to amicably drop the plan.

Aziz was not available to speak with The Express Tribune, but his personal secretary Abdul Qadir said Aziz will give the Friday sermon. He said that nobody can stop Aziz as “it was his right”.

He said Aziz will reach the mosque in a congregation along with girls from the Jamia Hafsa girls seminary. When asked about the fact that the administration refused to give him permission, he replied that there is no need for permission.

He claimed that Aziz had been “on leave” but would still give sermons over the phone during the last year.

After the APS Peshawar attack in December 2014, Aziz refused to condemn the massacre of innocent children and said he could not consider them martyrs. Soon after, civil society launched a protest campaign against the cleric. Later, he apologised to the public. Earlier in the same year, he named the mosque library after Osama bin Laden.

In July 2007, President Musharraf ordered a military operation against the mosque administration for challenging the writ of the state. The military surrounded the mosque for 12 days before launching an operation. At least 80 militants including Aziz’s brother and 11 soldiers were killed.