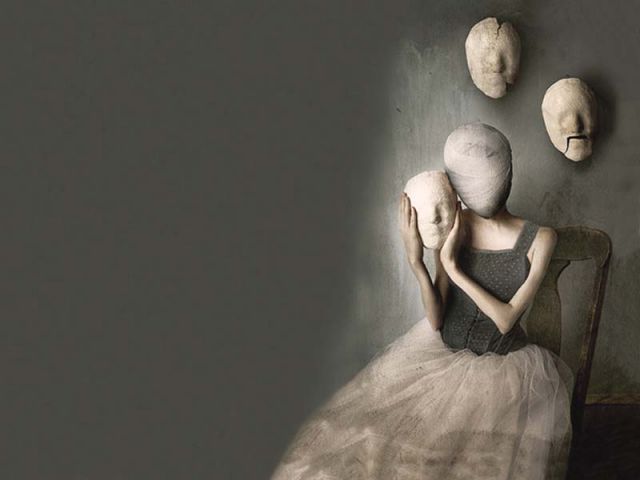 Despite its rampancy, there is much too little known about Dissociative Identity Disorder (DID) and how it could affect thousands of lives

The occurrence of DID —  formerly known as Multiple Personality Disorder —  can be traced back to the early 16th Century. Since then, the disorder has frequently been toyed with in movies such as Raising Cane, Secret Window and cult classic Fight Club but rarely understood. In fact, experts argue that the portrayal of DID as per the film world has been in stark contrast to its actual nature. There is still much to be learned and understood about it before one can separate DID from the stigma surrounding mental illnesses in general.

What is dissociative personality disorder?

To be able to appreciate a personality disorder completely, one must first understand exactly what personality is. Medically speaking, different feelings which make us behave in certain ways are called ‘ego states’ that make up the initial characteristics of one’s personality. A doctor, for instance, may be extremely stoic and professional at work but the opposite when playing with children. Unfortunately, at times, some traumatic experiences push the different ego states to lose all forms of communication with one another. With no harmony in between, one tends to dissociate to adapt the different alters and keeps no memories of the other states.

According to Dr Amanat Mohsin, a psychiatrist at the Gulshan Psychiatric Hospital in Karachi, different alters can adapt a completely different identity, with a different name and gender. “These alters have different histories tied to them,” he explains. “The patient adopts a completely distinct verbatim and perception of situations altogether.” Moreover, the National Alliance of Mental Health claims that on average, a person possesses 10 alters although the numbers can go up to 100. For 26-year-old art student Layla Kanwal*, the dissociation is cumbersome to the extent that she does not remember how she travelled to a particular destination. “I would have to question people about the unfamiliar places I am at,” shares Layla.

Root of the cause

A common misconception people have regarding DID is that its occurrence is rare compared to other mental disorders. Recent research, however, proves otherwise. It has been found that DID exists in 1-3% in some of the populations. Not to mention, incidents of the condition have risen over the past 20 years, with 90% of the afflicted patients being females. The causes remain debateable but a strong correlation with childhood negligence, physical and sexual abuse is apparent.

What is rare is the development of DID in full-grown adults as their identities have already been constructed. Children, on the other hand, are still impressionable with half-formed, malleable thoughts and ideas. Trauma in the tender ages can therefore perpetrate a severe effect on their growth as individuals. According to the research undertaken by French psychologist Piere Janet, this period of vulnerability ranges from 18 months to eight years of age wherein a child is particularly susceptible to abuse and trauma.

In a nutshell, when a child is exposed to trauma, the primitive parts of their central nervous system (with roles in ‘fight or flight responses’) are over-activated as a means of coping. Physically incapable of fighting or fleeing, children resort to fantasy play, emotional numbing and dissociation from the troubled present, and the negative memories are stowed away in the other regions of their brain. As time moves on, these traumatising memories are kept away from their awareness, enabling children to develop other aspects of their personality.

But even the most trivial of exposures to the same trauma can bring back all the hidden memories and trigger DID. It is for this reason that the use of ‘multiple personality disorder’ was eliminated in the year 1994, as it erroneously gives the idea of a proliferation of personalities. In reality, different ego states are not bridged together due to the abuse. The identity is fragmented, leading to more than one personality.

DID can be severely debilitating for a patient’s social and professional lives, especially considering the ease with which the different alters can switch upon the slightest exposure. Since alters have different memories, an afflicted person may not be able to recognise the people who already seem to know them. Patients may also fail to recall items that they may or may not have bought. Consequently, opportunities start to narrow down, leading to frustration and anti-social behaviour. DID also causes reductions in overall productivity and quality of life. Research highlights that patients have a strong inclination towards suicide, self-mutilation and substance abuse.

• Fluctuating levels of functioning, from highly effective to complete indolence

• Headaches or pain in other parts of the body

• De-realisation (perception of reality as unreal)

• Hallucinations (found in nearly one third of all patients)

A cry for help

Due to the unfortunate stigma associated with mental disorders in our part of the world, patients are often discouraged from reporting their symptoms. Many families are reluctant about paying the doctor a visit and their neglect aggravates the condition.  As the very nature of DID is embedded in family ties and care, adults generally avoid addressing their children’s symptoms in an attempt to avoid what might have caused them in the first place. And even if medical assistance is sought, diagnosing DID can be very tricky as tangible methods such as blood tests cannot prove it. “The reason is that this disorder teams up with numerous other disorders. Its symptoms strongly corroborate with bipolarism, schizophrenia and post-traumatic stress disorder (PTSD),”explains Dr Amanat. Apart from this, its nature and extent of DID varies from patient to patient. For instance, after years of battling with bipolar and attempted suicides, patients may be diagnosed with DID. Another plausible explanation is that dissociation forms a hindrance to self-monitoring and accurate reporting of symptoms.

Nonetheless, reports show that there is a strong probability of leading a well-adjusted life with timely and effective treatment. The different treatment options include:

Psychotherapy: This is generally the go-to treatment for DID, administered with the objective to improve the patient’s relationship with others and make the patient feel more comfortable about their past. Medications to curtail depression, severe anxiety and impulse-control problems are administered. However, caution needs to be taken whilst prescribing drugs to patients as they may feel controlled and a state of trauma may be triggered.

Electroconvulsive therapy: This may be administered if medications and other lines of treatment to treat severe depression fail.

Self-help initiatives: Large community-based on and off-line support groups where patients can meet others of their kind.

People afflicted with DID pay the price for someone else’s deeds. Awareness must be spread to eradicate it from the world. Be it books or inspirational videos to experiences and feelings, all platforms are being utilised to accommodate DID patients and bring them closer to others. Even eminent talk shows such as The Oprah Winfrey Show or Dr. Phil have hosted patients. A National Multiple Personality Day is also celebrated on the 5th of March to stand in support of the patients.

Zohaib Amjad is a scientist with majors in molecular pathology.
He tweets @infectiousuni