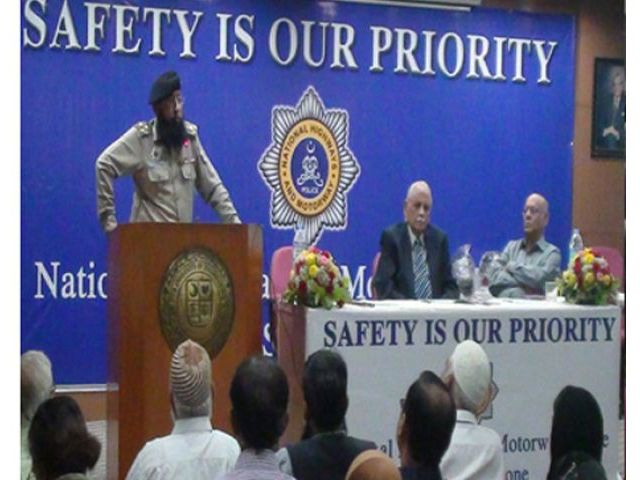 KARACHI: Students were briefed about traffic rules and precautions that need to be taken while driving, at a workshop titled ‘Safety Is Your Priority’ conducted by National Highway and Motorway Police, South zone, at Sir Syed University of Engineering and Technology (SSUET) on Wednesday.

SSUET vice-chancellor Dr Syed Jawaid Hasan Rizvi said that every year the number of road accidents is increasing. “There is a need to train drivers for road safety and this should begin from school level as we have to change the attitude towards it,” he said.

The students were showed various traffic accidents that were captured on CCTV cameras and were given presentations on traffic sign language, road markings, rules to be followed at crossings and traffic signal rules. Helmets were distributed among participants who gave correct answers to questions regarding traffic rules. The importance of putting on seatbelts and the correct techniques to examine vehicles were also discussed at the workshop.

“The idea behind conducting such workshops and seminars is to share professional expertise with students and teachers,” said DIG Dr Waliullah, while speaking to the media. He added that over a million people around the world succumb to road accidents globally and Pakistan too has a high number of accidents.

Referring to the Pakistan Truck and Dumper Association’s allegations of corruption against the highway police, DIG said that the drivers are being stopped from overloading, which is why the traffic police were being blamed. “Overloading is the only issue with them, only 30 tons are allowed while they carry 60 tons,” he said.

In court: SHC orders arrest of builder for illegal project