DPO Muzaff­argarh said that this was the second such incide­nt in Alipur tehsil this year
By Owais Qarni
Published: November 9, 2015
Tweet Email 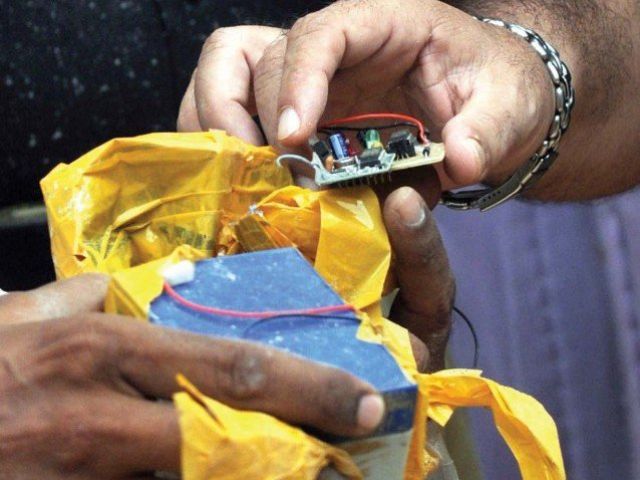 A terror bid was foiled on Sunday when a bomb planted outside an Imambargah in Muzaffargarh was safely defused.

Volunteers discovered a suspicious milk drum just before a procession was supposed to be taken out at Imambargah Hussainia in the Seetpur area of Alipur tehsil in Muzaffargarh on Sunday morning. They immediately called the police to inspect.

After inspecting the drum, officials found that it was full of explosive materials weighing around 15 kilogrammes. They requested additional units of police and the bomb disposal squad as police cordoned off the area by placing barriers.

DPO Muzaffargarh said that this was the second such incident in Alipur tehsil this year.

Earlier on April 4, the Counter Terrorism Department had recovered a bomb from a water tank at Imambargah Ali Hussain Shaheed in Alipur. Three suspects picked up by the police had revealed that a 14 kilogramme bomb had been planted in a water cooler at the Imambargah that was going to be detonated during a congregation.

However, officials managed to defuse it in time. Locals were surprised how the terrorists had managed to plant another significant device so close to the Imambargah which authorities had deemed as a sensitive area.

Political musings: Ups and downs of the leftists-II