She has been select­ed for the Mother Teresa Memori­al Intern­ationa­l Award for 2015
By Editorial
Published: November 5, 2015
Tweet Email 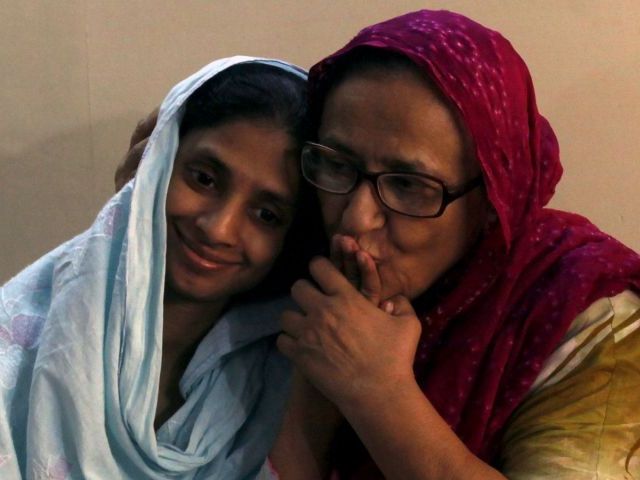 The giving of awards by international bodies is sometimes accompanied by controversy, particularly if those in receipt of the award are viewed by much of the rest of the world as undeserving of it. The award of the Nobel Peace Prize to President Obama is perhaps the most obvious recent example. In Pakistan, the award of the same honour to Malala Yousufzai in 2014 was not met with universal acclaim either. Now Bilquis Edhi, wife of Abdul Sattar Edhi, who is the founder of the world-renowned Edhi Foundation, has been selected for the Mother Teresa Memorial International Award for 2015. The hook on which the award was made was the care offered by Bilquis Edhi to Geeta, the deaf Indian girl who recently returned to her home country to seek her birth-family. The Harmony Foundation Board was unanimous in its decision and the award is made in conjunction with the humanitarian aid provider Medecin sans Frontiere. Mrs Edhi is in good company, as both the Dalai Lama and Malala Yousufzai have been similarly recognised by the same body.

There are many who over the years have called for her husband Abdul Sattar Edhi to receive the Nobel Peace Prize but there has been lukewarm support for this at best, from successive governments. The Edhi Foundation is an outstanding service provider but not necessarily a friend to the government, and has consistently refused government money when offered — recently refusing money offered by the Indian government.

This award to Bilquis Edhi is not only richly deserved but long overdue. The Edhi Foundation is not a one-man band, and its founder is today in poor health. It is run by dedicated professionals and Bilquis Edhi has for decades provided support for her husband in his work. The award is to be presented to her on November 22. Pakistan serves its humanitarian heroes poorly in many ways, sometimes preferring to finding their flaws rather than honouring their actions. We warmly welcome this award to Bilquis Edhi; it is richly and justly deserved.

A tide of intolerance