Young people's appeti­te for Wester­n clothe­s has led a fresh flurry of foreig­n brands to open up in India recent­ly
By AFP
Published: November 5, 2015
Tweet Email 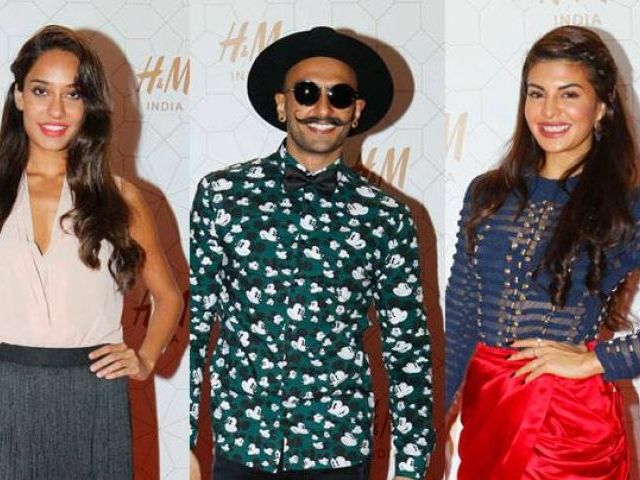 NEW DELHI, INDIA: Rifling through sweaters in India’s first Gap store in a glitzy New Delhi mall, 21-year-old Ridhi Goel says her grandmother doesn’t mind how she dresses, as long as it’s not too revealing.

“She’s fine with me wearing Western clothes like a shirt but not jeans and a crop top,” said the journalism student, her grey leggings contrasting sharply with her mother’s colourful kurta.

Taking a stand for big brands

“All my family wears Indian clothes, but I find them too uncomfortable. I think maybe there is a generational divide.” Most women in India still wear traditional dress such as saris or shalwar kameez — but the picture is changing, and on city streets, dazzling silks mingle with logoed T-shirts and jeans.

Young people’s appetite for Western clothes has led a fresh flurry of foreign brands to open up in India in the past few months, including US chain Gap and Sweden’s H&M. Others are expanding fast, including popular Spanish retailer Zara and British high-street staple Marks & Spencer, which in October opened its 50th shop in India, its biggest market outside the UK.

Urbanisation, a growing middle class, rising disposable incomes and one of the youngest populations in the world make India hard to ignore. Shoppers at the Zara store in India. PHOTO: INDITEX

“If you look at any girl born after 1990 she will be wearing Western wear. That is the generation coming into college, getting their first job,” he said. “They will be completely clad in Western wear.”

While globally women are the biggest shoppers, in India men’s clothing dominates with 42 percent of the $38 billion market in 2014, according to consultancy Technopak.

Shoppers are also younger — the average customer targeted by Gap in its US stores is 35, but their Indian counterpart is five to 10 years younger, Suresh said. But it is young Indian women, increasingly affluent and joining the workforce in expanding numbers, who are driving change, with data showing sales of womenswear growing faster than men’s.

And while Western clothes currently make up only about a quarter of Indian womenswear, their sales are outpacing traditional dress sales.

A Marks & Spencer spokesperson cited its Indigo denim range and lingerie as two of its best-performing lines in India, with more than 300,000 bras sold in 2014-15.

“As an increasing number of women move into white collar and blue-collar roles, they are also adopting Western attire,” Devangshu Dutta, chief executive of Third Eyesight, a retail consultancy in Delhi, told AFP. More negatively, media stereotypes of overseas fashion as a proxy for “a modern thought process” and conversely, Indian clothing as “backward or repressive, certainly are an important influencer”, he said.

While Prime Minister Narendra Modi is famous for wearing a short-sleeved kurta, he is in the minority among India’s men. They already dress predominantly in Western clothes, as do children, whose parents see it as a practical choice for school uniforms.

For foreign brands, fast-growing India is a welcome change from sluggish markets like Britain, and a loosening of foreign direct investment laws has made it easier to open shops.

Yet the retail landscape in India — geographically about as large and diverse as the European Union — is hard to navigate, leading some entrants, including British department store Debenhams, to pull out.

“Tackling the Indian market successfully requires a different mind-set,” Dutta said. Foreign newcomers also face competition from Indian-owned, Western-style brands such as Allen Solly or Louis Philippe, which are more familiar with the nuances of the market.

The successful ones adapt their ranges — Marks & Spencer “stretches” its seasons to cater for the long Indian summer and offers polo shirts in four times as many colours as in Britain. Others aggressively cut prices. An ongoing sale in a Marks & Spencer outlet in India. PHOTO: HOTGURGAON.COM

In a country where the average monthly wage is $215, according to 2012 figures from the International Labour Organization, brands that are mid-market in Europe or the United States become much higher end in India.

Dressed in a pink polo shirt and jeans in the capital’s new H&M store, airline officer Sunil Bassi, 49, says he is “not fussy” about his clothes and came to shop for his wife. “Obviously Western fashion is very popular. How many people in here do you see wearing Indian clothes?” he said.