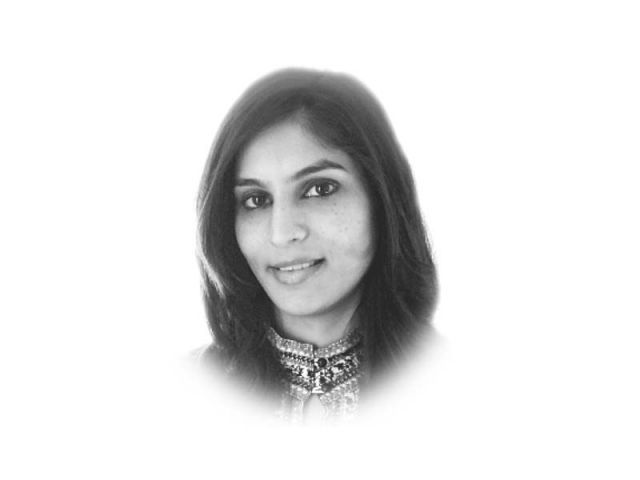 There was a lot of talk at the Stockholm Internet Forum 2015 (SIF15) about how internet rights are synonymous with human rights. It may sound like a #FirstWorldProblem but here is why it is not. The internet is a unique opportunity, using which developing countries can enter the ranks of emerging countries, and emerging countries that of the developed countries. It enables you to leapfrog a few decades into a future where many can teach themselves some very basic life skills. Where this becomes even more crucial is when we think of women’s access to the internet — after all it is they who need to do all the leapfrogging to survive, sustain and protect themselves.

When it comes to women and the internet — the key theme for this year’s SIF15 — it is important to note that just like real space, online space is also being rationed for men alone. For countries like Pakistan where it is the norm for the biggest piece of protein to be saved up for the boy child, the computer too is securely owned by the men in the household. Understandably, middle-class families, the bastions of morality, have recognised the value of the information superhighway, but with it they have also developed restrictive thinking about how many women should ride on that highway. Nani Jansen, the lead legal specialist from a rights-based organisation, Media Legal Defence Initiative, says that when it comes to open access “blocking the internet or parts of it is like burning down libraries and women are amongst the groups that need that access the most.”

This is, perhaps, why many women in conservative societies have to hide their Facebook accounts from their families. Oftentimes women are found deactivating their social media accounts because their significant others asked them to do so. In such situations, women sometimes resort to having fake accounts, which violates Facebook policy and undoes the utility of having an online presence — it serves as an equally important identity as your real life identity does. Tragically, many women are unaware of how important it is to know your online terrain, to use the internet safely and to understand privacy.

Despite there being many Pakistani organisations working on digital literacy with a gender focus such as Bytes for All, Media Matters and others, the fact remains that fighting the cultural restrictions on women who need access to the internet continues to be a daunting challenge. It is time for those with bigger muscles to step in — the government of Pakistan, and those well-meaning organisations campaigning for more access for women in developing regions.

More access for women on the internet means more rights awareness in terms of reproductive rights, legal rights and the right to education and health, and also more means to access these very basic necessities of life. However, access alone does not guarantee that change will come. Sometimes, women, having been subjected to eons of chauvinism, become proponents of misogyny — they block other women’s paths and perpetrate patriarchy, like the Pakistani MNA who wished her husband would remarry and that she’d welcome the second wife. There is nothing worse than a mouthpiece propagating retrogressive ideas.

The net is neural; it works just as much for people who support the decline of women as it does women who need to be in control of their destinies. It goes to whoever uses the tools better.

One of the opening SIF15 panellists said that activists should work to remove some of the broader structural inequalities from the internet when trying to work towards equal access for women. These structural inequalities involve being policed by men, slut-shamed, victim-blamed, harassed, trolled and character-assassinated. Until we can cure online misogyny, we will be just as restrictive towards women in cyberspace as we are in public spaces in real life. In such a case, there will be no lever that will help the progress of women in developing countries to overcome on-ground blocks to education.

The internet is the future landscape of existence and identity. It will be the dimension where political thought and expression will thrive and it will be the place where women will get a chance to learn about and campaign for candidates with pro-women policies. There will be more accountability and more to answer for in the event of discrimination. This is the way the world is headed. Pakistan has a choice. Banning Youtube and blocking subjective political content is not the right way forward.

Just because we have a woman fronting the IT case in Pakistan does not necessarily mean that great strides are being made. If the policies are retrogressive towards open access to the internet, then they must be fought just the way any woman should fight misogyny — fiercely and like a 21st century woman.

Science beyond the heat