'Peace in South Asia linked to solution of Kashmir dispute'

'Peace in South Asia linked to solution of Kashmir dispute' 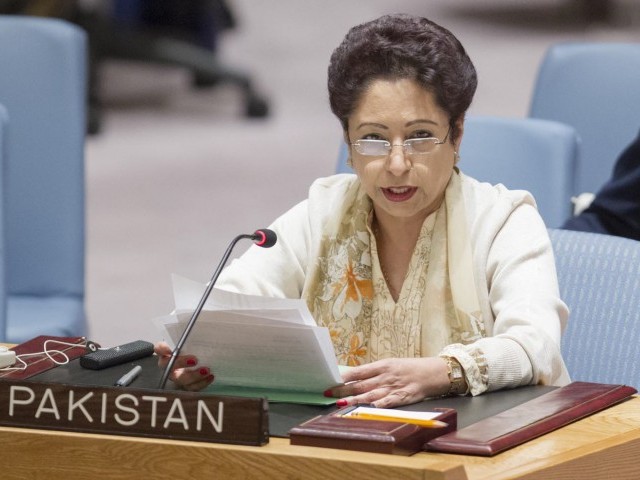 Pakistan’s ambassador to the United Nations Maleeha Lodhi asserted on Wednesday that the unresolved Kashmir dispute dispute remains the root cause of tension and instability in South Asia.

“The issue of Jammu and Kashmir has to be resolved in accordance with UN Security Council resolutions,” Lodhi told the United Nations General Assembly during a debate, according to Radio Pakistan.

Lodhi urged the international community to settle the Kashmir issue according to UN resolutions to bring durable peace and stability in South Asia.

Commenting on the dialogue between Pakistan and India she said, “It was not Pakistan which stalled the dialogue process, but India which cancelled foreign secretary level talks with Pakistan scheduled for last year.”

“India has also failed to bring to justice the perpetrators of terrorism against innocent civilians in the Samjhota Express bombing,” she added.

Last month, underscoring the urgency of resolving the decades-old dispute over the Himalayan state of Kashmir, Prime Minister Nawaz Sharif proposed to India a four-point peace initiative, aimed at addressing the causes of tensions between the two nuclear-armed arch nemeses. Addressing the world leaders at the 70th anniversary session of the 193-member UN General Assembly, the prime minister proposed Pakistan and India formalise and respect the 2003 understanding for a complete ceasefire on the Line of Control (LoC) in Kashmir to be monitored by an expanded UN Military Observers Group in India and Pakistan (UNMOGIP).