Sindh govt cites IHC ruling that the return of the lawmak­ers is a politi­cal matter­
By Naeem Sahoutara
Published: October 14, 2015
Tweet Email 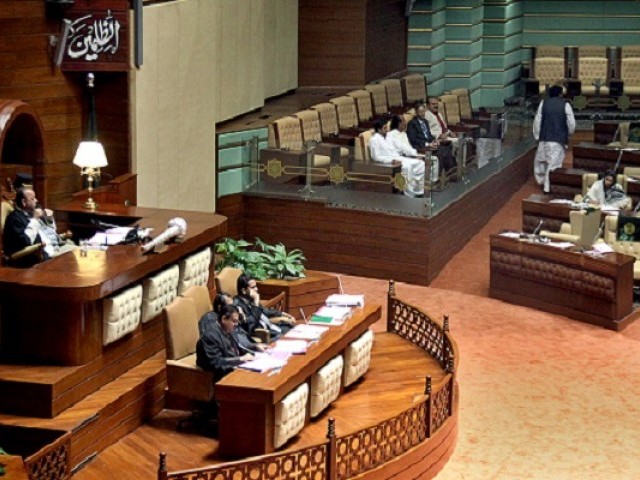 KARACHI: Sindh government says that the resignations tendered by the provincial assembly members from Pakistan Tehrik-e-Insaf (PTI) cannot be accepted following the Islamabad High Court’s ruling that the return of the lawmakers to the assembly is a political matter.

This was stated by the Sindh assembly’s (SA) secretary Umar Farooq in his reply to the Sindh High Court (SHC) during the hearing of a petition, seeking direction for the SA speaker to accept the PTI MPAs resignations.

A group of voters from the three provincial assembly constituencies of Karachi, PS-93, 112 and 113, had gone to the court in April. They said that the opposition party’s lawmakers submitted their resignations to the SA speaker Agha Siraj Durrani on January 21 this year, who was not accepting them despite a lapse of two months.

The group sought the SA speaker to accept the resignations so that the election commission could de-notify the PTI lawmakers and issue schedule for the by-elections on these seats.

During Wednesday’s proceeding, SA secretary opposed the petition saying that a similar petition filed with the Islamabad High Court against the return of the PTI MNAs was dismissed, as the court observed that this was a political matter.

The bench, headed by the Chief Justice Faisal Arab, took the secretary’s reply on record and adjourned the hearing of the petition.