Mastermind of Safoora carnage received funding from IS: JIT report

Mastermind of Safoora carnage received funding from IS: JIT report

The group was receiv­ing funds from countr­ies includ­ing Bahrai­n, Kuwait and Saudi Arabia­
By Our Correspondent
Published: October 14, 2015
Tweet Email 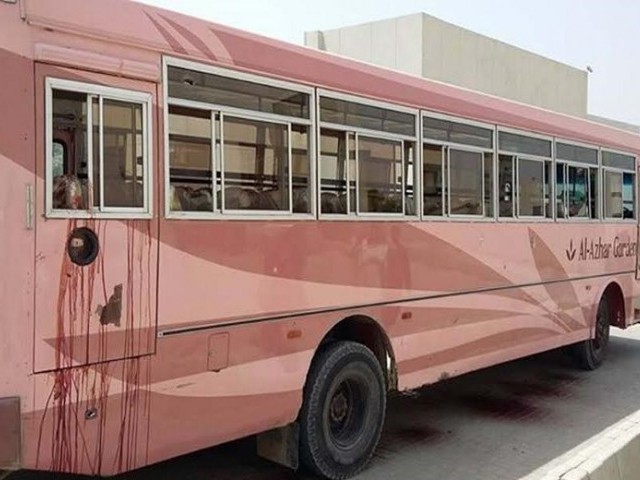 KARACHI: A joint interrogation team (JIT) report on the mastermind of the deadliest attack on the Ismaili community in the metropolis, the Safoora carnage, revealed that the group was receiving funding from the Islamic State (IS) also known as Da’esh.

The JIT report on the mastermind, Tahir Hussain Minhas, who established his own group linked with Da’esh, revealed that the group was receiving funds from different countries, including Bahrain, Kuwait and Saudi Arabia. “The group has remained in touch with IS,” said an official privy to the matter. “This group comprised at least 53 members, who previously belonged to different militant outfits, including Lashkar-e-Jhangvi and alQaeda.”

The report further revealed that Abdullah Mansoori and Mistari Pathan hailed from Dera Ismail Khan while Tayyab and Ali Rehman, who are qualified engineers, belonged to Karachi.

Earlier, on Monday, Sindh IG Ghulam Hyder Jamali, while briefing a parliamentary panel, said that the IS group was active in the province and that the ultra-extremist Middle Eastern group had links with the banned sectarian militant outfit, Lashkar-e-Jhangvi. He had said that investigations into the Safoora carnage revealed that Abdul Aziz, the kingpin of the group, had escaped to Syria and was involved in almost all the recent terror attacks along with his lieutenant, Azhar Minhas.