OPINION Corruption has only mushroomed
TRENDING 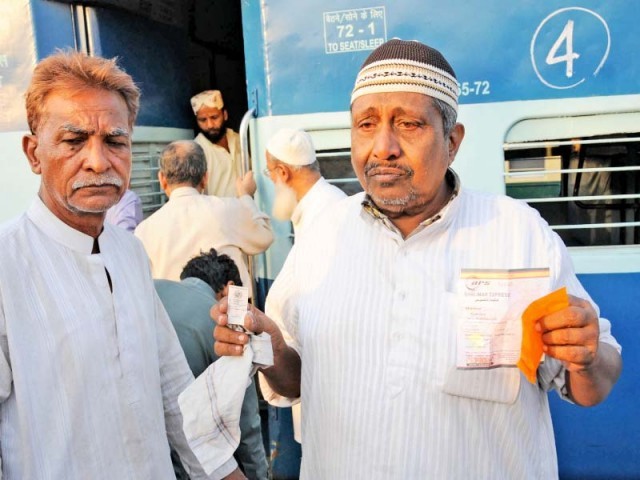 Passengers disembark from the train after it was called back to Lahore. PHOTO: ZAHOORUL HAQ/EXPRESS
KARACHI:

After the Delhi-bound Samjhauta Express was cancelled last week upon India’s request, the Pakistan High Commission said on Monday that as many as 35 Pakistanis remain stranded in New Delhi.

Meanwhile, Indian passengers stranded in Pakistan crossed over to India at the Wagah-Attari border.

“Around 14 passengers will be transported to Pakistan on the friendship bus today (Tuesday),” an official at the Pakistan High Commission in New Delhi told The Express Tribune. The bus runs between New Delhi and Lahore.

“We are working with the Indian government on extensions for those passengers whose visas were expiring,” the official added

Pakistani officials had last week called back the train from the Wagah border after Indian officials had cited potential security risks due to protests by farmers. Indian passengers, who had been stranded at the Lahore railway station crossed over to India at the Wagah-Attari crossing on Monday. 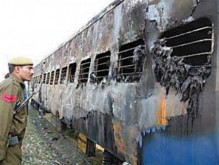 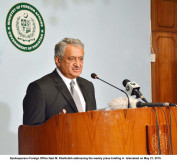 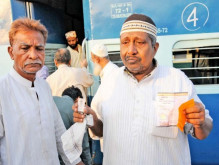