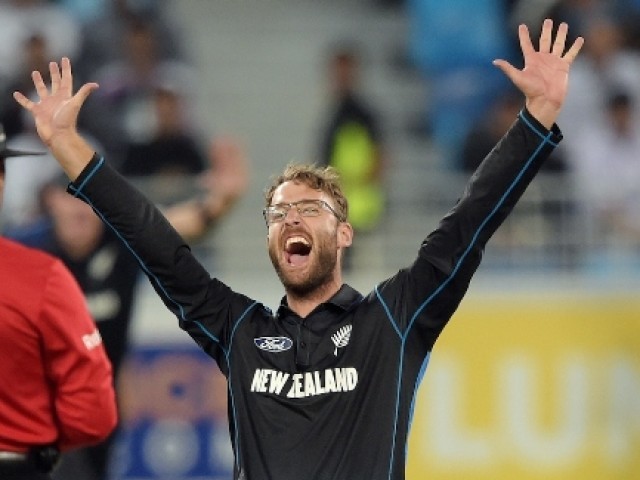 DUBAI: England on Monday announced that New Zealand great Daniel Vettori is to help the country’s up-and-coming spinners in Dubai in an attempt to groom young slow bowlers for the future.

The England and Wales Cricket Board (ECB) announced over 20 English spin bowlers will play and train overseas this winter.

“Seven promising spinners will follow Moeen Ali, Adil Rashid and Samit Patel to the UAE this autumn, when their coaches on the England Performance Programme (EPP) will include the former New Zealand captain Daniel Vettori,” said the ECB release.

Vettori, who took more than 700 wickets in international cricket, has already made a successful move into coaching in Twenty20 leagues in India and Australia.

“Vettori will join the group led by Andy Flower, in Dubai for 10 days in November.”

England have traditionally struggled against spinners in South Asia, losing 3-0 to Pakistan in United Arab Emirates in 2012.

They are also up against spinners in their three-match series against Pakistan starting in Abu Dhabi from Tuesday.

EPP spin bowling coach Peter Such welcomed Vettori’s signing.
“Daniel has been one of the most successful and respected spinners in world cricket for almost two decades, so we are delighted to add his considerable experience to the England Performance Programme this winter.

Read: Pakistan get Yasir scare, Finn out for England

Spinners Ravi Patel (Middlesex), Will Beer (Sussex) and Matt Carter, who made a stunning County Championship debut for Nottinghamshire at Somerset earlier this summer, will also be accompanying the EPP squad to the UAE in a net bowling capacity.