The 26-year-old has sustai­ned a stress injury to his left foot and will theref­ore sit out the openin­g match
By AFP
Published: October 12, 2015
Tweet Email 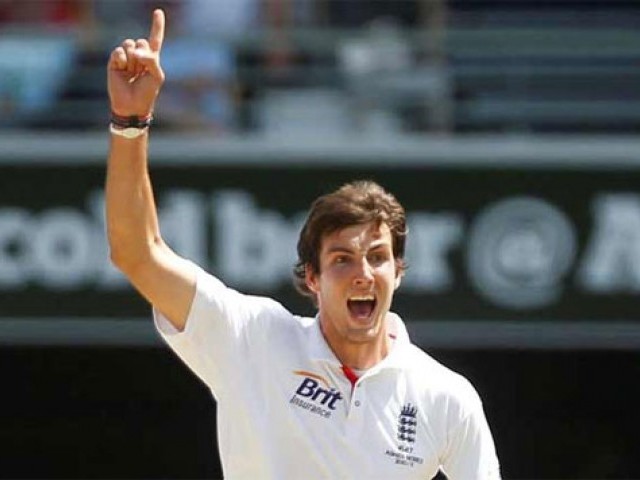 The 26-year-old has sustained a stress injury to his left foot and will therefore sit out the opening match. PHOTO: REUTERS

ABU DHABI: England fast bowler Steven Finn will miss the first Test against Pakistan in Abu Dhabi with a foot injury, the England and Wales Cricket Board (ECB) announced on Monday.

The 26-year-old has sustained a stress injury to his left foot and will therefore sit out the opening match in the three-Test series, which begins on Tuesday.

Finn first felt pain in his foot during England’s second warm-up match against Pakistan A in Sharjah last week, but took part in a nets session on Sunday.

“It’s a bitter blow for him,” said England captain Alastair Cook. “He bowled really well in that warm-up game and over the last 12 months he’s made huge strides back to where we’d like him to be.

“We’ll monitor him and hope he could be right for the second Test. But we’ll have to wait and see.”

Separately, key Pakistan spinner Yasir Shah suffered a back spasm during team training on Monday, a day before the start of the first Test against England in Abu Dhabi.

The 29-year-old leg-spinner apparently hurt his back as he attemped to stop a bowler’s back drive in the nets.

“Yasir’s injury is concerning and could be a jolt,” skipper Misbahul Haq told a press conference. “We are looking into it and hope that he is okay by tomorrow morning.”