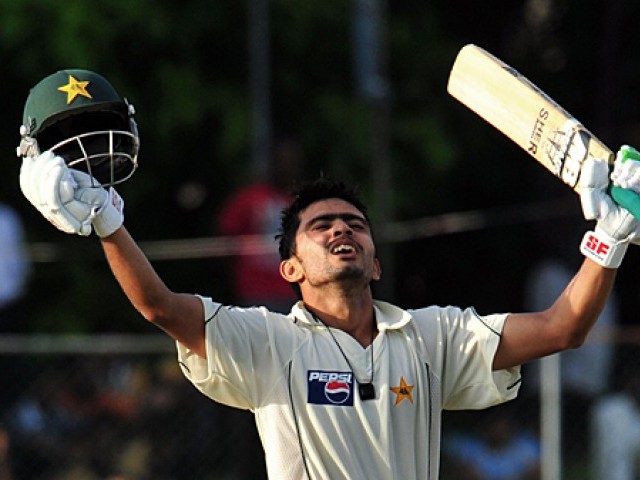 Fawad Alam had a short stint as a test player, playing three tests in 2009 which includes a debut knock of 168. Yet, he has been absent from the Pakistani test squad for six years now.

However, Fawad’s hard work at the domestic level, where his batting average has been over 50 for the past five years, has earned him another chance at the international level as he has been selected for Pakistan’s test squad against England.

Even though he has made international appearances in the past six years, the ODI and T20 format doesn’t seem to suit his tempo which is evident from his highest score of 28 after playing 38 ODIs and 24 T20s.

“I am feeling like I got a debut call for Test cricket,” Alam told ESPNcricinfo ahead of the first Test in Abu Dhabi.

“Five years is a huge gap as I last played a Test when I was like 24 or 25. So this all makes me feel like I am picked up for the very first time and I have to re-gather my thoughts and I am excited for the chance.”

Fawad has failed to become a part of management’s long-term planning regardless of getting regular calls for limited-overs squads. Nonetheless, he has established himself in the first-class level getting 17 of his 23 first-class centuries post-2009. Despite being dropped based on national selectors’ whims, Fawad looks forward to rejoin the national side.

“Its not about what is the right format for me, it’s about how I manage myself and how I switch myself for the respective format,” he says.

“It is unfair to say that Test cricket is the right format for me. Whatever the chance I get in any format, that’s the best for me.

“A good player is a good player who can play every format and adjust himself accordingly. I might not have been able to continue after 2009 but whatever chance I got I tried my best to give my best. My job as a professional player is to play cricket, whatever the role I am given, and I am out here to grab every opportunity.”

Fawad’s absence from the Test squad primarily stems from the selectors’ reliance on veteran Misbah-ul-Haq and Younis Khan, which provided relative stability to the team. However, with the both veterans nearing the age of retirement, the selectors are keen to look at alternatives.

“We never got to have a chance to pick him in the Test squad because there is a well-settled 15 men for the Test and we can’t afford to dislodge it,” Haroon Rasheed, the chief selector, said.

“He had always been in our minds but we always wait for the room to fit him in.”

Alam is unsure whether he can feature in the starting XI, yet hopeful to contribute to team’s overall performance.

“I am not sure if I will make into the playing XI but I can assure that I can do my best to make a difference with my performance. It’s entirely up to the team management but I am ready for anything.”

He responded to criticism over his peculiar batting stance by hinting at his statistics claiming that performance should be sole criteria for judging a player.

“The perception about having an old-school technique is bookish talk,” he says.

“I understand we all get to improve every day, and I know the things I need to manage. So I can only say a player should be judged on his performance. That is the answer to everyone who doubts me.”

This article originally appeared on ESPN