WAPDA said the duo will featur­e in their team in the first-class tourna­ment starti­ng from Octobe­r 26
By AFP
Published: October 11, 2015
Tweet Email 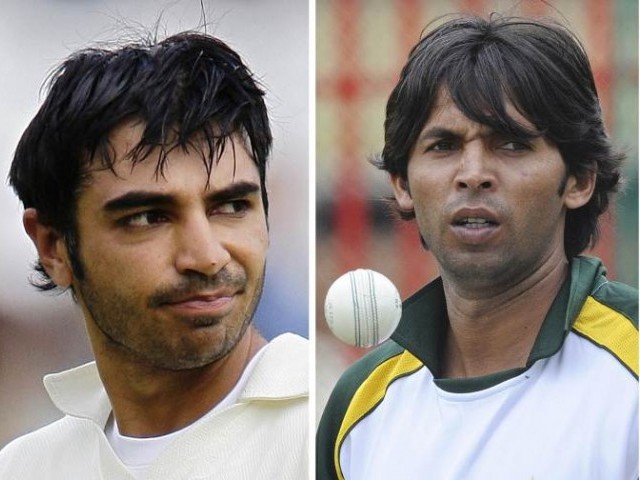 LAHORE: A major Pakistani team Saturday confirmed they had signed Salman Butt and paceman Mohammad Asif, who were last month relieved of sanctions over spot fixing.

Former champions Water and Power Development Authority (WAPDA) said Butt and Asif will feature in their team in the first-class tournament starting in various cities from October 26.

“I was told of Butt and Asif’s availability so I gave the sports department the go ahead and they have signed them,” Mahmood told AFP.

Butt and Asif are undergoing a rehabilitation programme under the Pakistan Cricket Board (PCB) since being relieved of the sanctions imposed on a five-year spot-fixing ban.

The pair, along with another paceman Mohammad Amir, were banned and jailed over a 2010 spot-fixing scandal in England.

The trio was accused of arranging deliberate no-balls during the Lord’s Test against England in return for money in August 2010.

Amir is already playing domestic cricket after being relieved of his five-year ban in January following an amendment in the International Cricket Council’s code of conduct which allowed banned players to feature in home matches a few months prior to their ban ends.

Butt and Asif were not given that relaxation.

Mahmood said he was in favour of giving disgraced players a second chance.

“I am clear-headed that they deserved a second chance. In my opinion anyone who has received punishment for his crime is better than those who never get punishment for their wrongdoings,” said Mahmood.

Butt said he was keen to play domestic games.

“I have been training for quite some time now and am keen to make a comeback in first-class cricket,” Butt told AFP.