Former cricke­t captai­n questi­ons how they can show they've learnt from mistak­es if they're not allowe­d to play
By Sports Desk
Published: September 23, 2015
Tweet Email 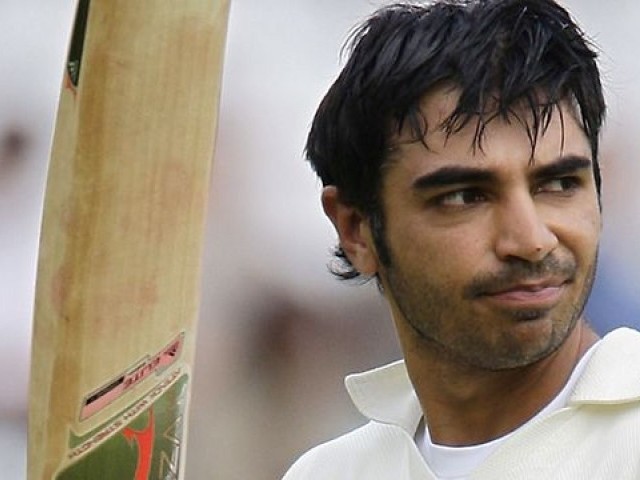 Disgraced Pakistani cricketer Salman Butt on Wednesday said he feared isolation for himself and the two other members of the banned trio if they were not soon allowed to play national cricket.

“It is a disturbing situation the way I see it, we could be isolated. We just want to be allowed to play proper cricket. How else can we show anyone that we have changed and have learnt from our mistakes?” Butt questioned.

Butt’s statement comes a day after Pakistan Super League ambassador Ramiz Raja said involving the tainted trio will be “extremely dangerous” for the reputation of the inaugural PSL.

Former captain Butt and pacemen Asif and Amir were cleared by the International Cricket Council (ICC) to return to competitive cricket from September 2 after serving bans for a spot-fixing scandal in 2010.

The trio have been put under strict monitoring by the Pakistan Cricket Board (PCB) and local media have ruled out an international return for any of them before February.

Butt said that he has been doing everything in his might to please the PCB in order to win back the confidence of the people and players but the likes of him returning to the cricket field seem improbable till the start of the next domestic season.

“From what I know there is no first class cricket or major domestic event after February 2016. And I just want a chance to also prove my match fitness and form as I have not missed a single day of training since returning to Pakistan after the ban,” he said.

With many former players opposing the trio’s return, former Pakistan paceman Shoaib Akhtar has given some hope to them and has expressed desire to buy a team in PSL and give Amir a chance to represent his franchise. “I am planning to buy a team in the PSL and would like to have Aamir in my team so that I can guide him and make him an effective bowler and better person,” Akhtar told AFP.

“I think they have suffered enough for their crime and they now deserve a second chance. I don’t see any reason for holding them back,” he added.