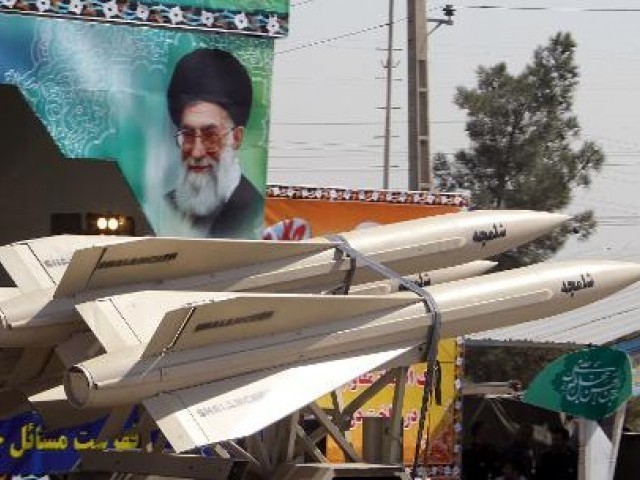 A military truck carries shalamcheh missiles in a military parade in Tehran on September 22, 2013. PHOTO: AFP/FILE

“The Emad missile is able to strike targets with a high-level of precision and completely destroy them,” state news agency IRNA quoted Dehghan as saying.

Anthony Cordesman, a researcher at the Centre for Strategic and International Studies, wrote in January that the Emad would have a range of 1,700 km (1,060 miles), 500 meters accuracy and a 750 kg (1,653 pound) payload.

It is a variant of the liquid-fuelled Shahab-3 missile, in service since 2003, which has a similar range but is accurate only to within 2,000 meters.

“The Emad represents a major leap in terms of accuracy. It has an advanced guidance and control system in its nose cone,” Israeli missile expert Uzi Rubin said.

Dehghan said the new weapon would be deployed to missile units in the “near future”.