Cabinet rift out in the open as ministers clash

Cabinet rift out in the open as ministers clash 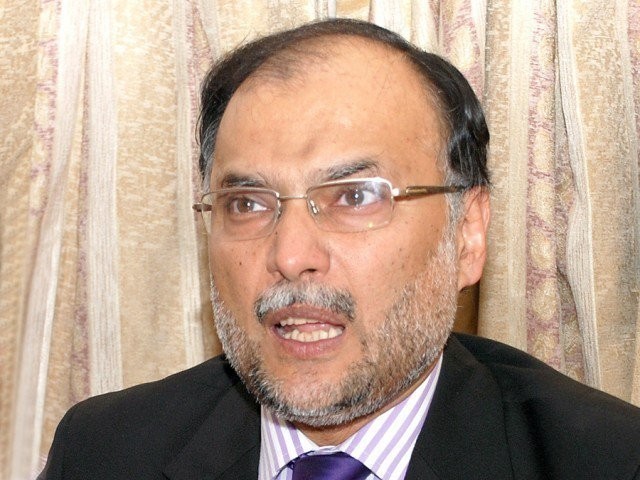 A rift seems to be developing within the federal cabinet after three ministers, each of them heading a key economic portfolio, publicly accused each other of poor performance.

Water and Power Minister Khawaja Asif, Petroleum and Natural Resources Minister Shahid Khaqan Abbasi and Planning and Development Minister Ahsan Iqbal have over last 48 hours publicly vented their frustration against each other. Although the cause for tensions between them appears to be political, they have picked each other’s economic performance to settle their scores.

“Some ministries and divisions feel irritated at the close scrutiny of development projects, but this cannot distract the Planning Commission (PC) from its responsibility to safeguard public money and ensure its effective utilisation,” a commission handout issued on Friday quoted Iqbal as saying.

The planning minister issued the statement in response to Khawaja Asif’s outburst against his ministry.  At a seminar this week, Asif accused Iqbal of working against national interests by delaying the approval of many critical energy sector projects.

“Emperor Shah Jahan could never have built the Taj Mahal if the Planning Commission existed in his time,” Asif said, adding that the commission specialised in delaying and derailing key national projects.

Responding to these accusations on Friday, Ahsan Iqbal said: “Business as usual is unacceptable in the execution of public sector development programme due to the presence of a professional team of Planning Commission members.”

Iqbal blamed negligence, poor project management and lack of capacity of some ministries and divisions for “poor estimates of the development projects” that eventually caused delay in their execution.

“The Planning Commission has rationalised the amount of PSDP projects to the total cost of Rs490 billion during the last financial year which is almost equivalent to the total allocation of PSDP amount for a year”, said Iqbal.

A recent project portfolio review by the Asian Development Bank revealed that Pakistan could utilise less than one-fourth of $2.5 billion loans for the energy sector.

Insiders say Prime Minister Nawaz Sharif’s decision to give preference to one federal minister over another and interference of senior leaders of the ruling party in the affairs of the water and power ministry and the petroleum and natural resources ministry were the causes of frustration for Asif and Abbasi.

Prime Minister Nawaz is said to have given charge of all energy sector projects, particularly those initiated under the China Pakistan Economic Corridor, to Ahsan Iqbal and most of other energy-related issues are said to be handled by Punjab Chief Minister Shahbaz Sharif.

Khawaja Asif was unavailable for comment. However, people close to him say that in closed-door discussions Asif has started absolving himself of any kind of responsibility of deteriorating conditions in the energy sector.

The government has failed to bring an end to load shedding and the circular debt has mounted up to over Rs600 billion or 2% of Gross Domestic Product during the last one and a half year.