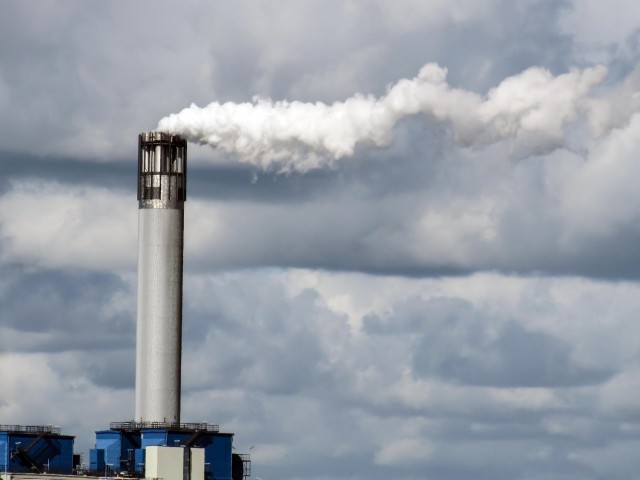 KARACHI: The United Nations secretary-general, Ban Ki-Moon, after witnessing the melting Arctic ice in 2009, remarked: “Our foot is stuck on the accelerator and we are heading towards an abyss.” Shedding light on degradation of the environment, a member of NGO Shehri — Citizens for a Better Environment, Roland deSouza, highlighted the statement to emphasise the importance of the environment.

For deSouza, environment is life and life must be lived. Unfortunately, environment is a hardly looked-upon subject in this country, he lamented. He was addressing a consulting meeting with the media, titled ‘Energy and Development Paradigm: Understanding Pertinent Questions’, arranged by the Pakistan Institute of Labour Education and Research (Piler), on Friday.

Sharing figures from the World Bank report of 2006, he said that the ecological degradation at the time was six per cent — the same as economic growth. What was unfortunate in this scenario was that while the haves of society had benefited from the economic progress, the effect of environmental degradation was borne by the have-nots.

He said that Pakistan was one of the most vulnerable countries to the effects of climate change, due to changes in monsoon patterns, crop cycle, increased vulnerability to pests and diseases, intensity of severe weather events, inability to respond to natural disasters and lack of resilience to respond to environmental change.

Speaking on the hazards of the two energy projects, K2 and K3 on Karachi’s coastline, he said that they are located in close proximity to the city. “Within its 30-mile circle, resides a population of 30 million,” he said. The second problem with these plants, he claimed, was that they were using Chinese technology, which was rather unsafe and unreliable.

On China’s safety standards, he said that according to a New York Times op-ed piece in 2015, 13 explosions related to chemicals took the lives of 10 and injured 92, whereas, 442 died in June 2015 when a cruise ship sank in Yangtze River and the government immediately set up a news blockage that kept all reporters at bay. He said that all this added up to one overarching failure of the Chinese system.

On Pakistan’s failure in the Karachi Nuclear Power Plant (Kanupp), he said that on October 18, 2011, Reuters reported that Kanupp imposed a seven-hour emergency after heavy water leaked from a reactor feeder.

“If and when an unforeseen accident occurs that paralyses Karachi and the rest of Pakistan, the Pakistan Atomic Energy Commission, Pakistan Nuclear Regulatory Authority, Sindh Environmental Protection Agency, Karachi Metropolitan Corporation, the governments of Sindh and Pakistan will be responsible.”

Meanwhile, another panelist from Habib University, Fahd Ali, said that Pakistan’s power distribution network does not have the capacity to handle the power generation. Ali said that according to the National Transmission and Dispatch Company Limited, the transmission and distribution system could reliably handle loads up to only 11,500 megawatt.

Ali was of the opinion that the easiest and cheapest way of producing electricity was through coal. He suggested that Pakistan should import coal and establish plants to produce power through coal. “Later, when our coal from Thar will be extracted, we can use that,” he said.

However, the president of the Pakistan Fisher folk Forum, Muhammad Ali Shah, opposed the idea of power production through coal and nuclear energy as it is dangerous.