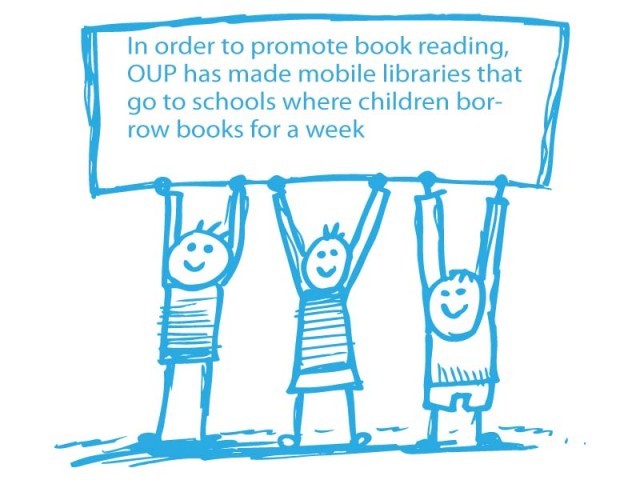 ISLAMABAD: One of the most interesting sessions on the first day of the Children’s Literature Festival (CLF) was on promoting libraries and reading through innovations in Pakistan.

Barbara Welsh from International Rescue Committee said they are currently working with teachers and students of grade one and two to enhance reading abilities and interest in students. She said currently they are working in Urdu and Sindhi and will soon be doing the same in Pashto.

“In one of our researches we found out that children of that age group could not even read one or two words in their mother tongue,” she said.

She further mentioned that book buses that will go in different schools. These buses will have screens and tablets and a teacher who will read stories to students and help them make illustrations according to their perception, she added. “With time and feedback from teachers and students, we will add to the project,” shared Welsh.

“The country is a researcher’s delight,” said Ameena Saiyid, managing director of Oxford University Press (OUP) Pakistan. We just need to find that local Charles Dickens who could research Pakistan and find so much to write about, she said. We are currently trying to do that, she added.

Saiyid further mentioned that OUP has brought several acclaimed writers on board to write stories for children. “Pakistan has brilliant writers like Rumana Hussain, Fauzia Minallah, Amra Alam, Sarwat Mohiuddin, Fehmida Riaz and many others. One of our most acclaimed writers Intizar Hussain is probably the best writer for children in world,” she said.

In order to promote book reading, OUP has made mobile libraries that go to schools where children borrow books for a week. The initiative was taken to provide students with books that were not available in their schools.

Bela Raza Jamil from Idara-e-Taleem-o-Aagahi said CLF grew out of a big research challenge. “In a study we found out that 50 per cent students of class five could not read the material from books of class two. Therefore, it was realised that something needs to be done. We wanted to see how we could encourage students to do other forms of reading,” she said.

She mentioned that a new project was being launched that involves a pink rickshaw driven by a female librarian. She will take it to different areas of a city and distribute books to children. “The mobile library will not focus on schools but homes,” Jamil said.

The session not only highlighted various projects being carried out to bring innovation to reading but also involved an interaction between students and panel members. Most of the children agreed that illustrations attracted them to read books.