The film is expect­ed to releas­e on Novemb­er 12
By Entertainment Desk
Published: October 1, 2015
Tweet Email 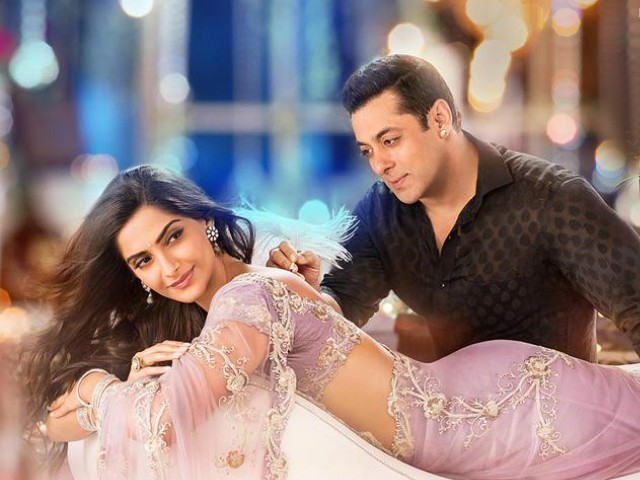 The film is expected to release on November 12.

The theatrical trailer of Prem Ratan Dhan Payo was released today, and it marks Salman Khan’s return as one of Indian cinema’s most popular characters — Prem.

While you would be disappointed to know that the promo doesn’t reveal much about the story, the wonderful cinematography and melodious music makes it an absolute treat to watch.

The Bollywood megastar also promised that it’s going to be a beautiful film:

This is one of the most beautiful film that Sooraj/Rajshri & me have done together in every aspect. The trailer will convey #PRDPtrailer

The Bajrangi Bhaijaan actor is said to be playing a double role in the film, but it is yet to be seen which one of them moulds into the typically sweet and loving Prem.

It feels good to see Bollywood fashionista Sonam Kapoor in a traditional avatar for the film. She definitely needed a break from all those chick flicks.

Following that and the increased anticipation among fans, Salman and Sonam took to Twitter yesterday to share the actress’ first look too:

Guys!!!!!! #PremRatanDhanPayo 1st look – my first with the one and only @BeingSalmanKhan and @rajshri @prdp #thrilled pic.twitter.com/lNg9ZF61mR

The Khoobsurat actress can be seen lying on a couch in a lavender sari, which is highly reminiscent of Salman-Aishwarya starrer Hum Dil De Chuke Sanam.