Countr­y may find itself in a strong positi­on in dealin­gs with partne­rs, donors­
By Zafar Bhutta
Published: September 28, 2015
Tweet Email 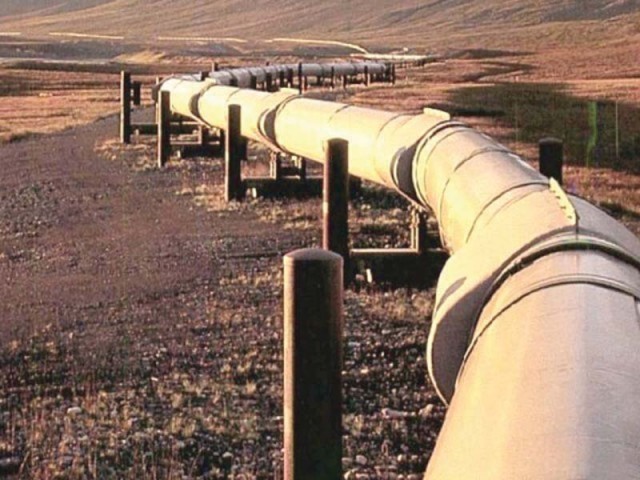 The permanent SCO membership for Pakistan will ensure greater access to resources and energy import projects within the grouping’s framework. PHOTO: FILE

ISLAMABAD: The process of granting Pakistan full membership of the Shanghai Cooperation Organisation (SCO) got under way in Ufa during Prime Minister Nawaz Sharif’s visit in July this year and the country is expected to win the status in January 2016.

This will provide Pakistan an opportunity to play its cards strongly with conventional development partners like the United States and multilateral donors including the World Bank, International Monetary Fund and Asian Development Bank. There is a common perception that the US uses these multilateral forums for political gains globally.

The SCO summit in Ufa, Russia once again outlined its status as an important and effective multilateral forum that discusses actual problems of international policy, economy, regional stability and security. These four elements have been very important in stimulating investment.

The influence of this forum is consistently growing. After Iran enters it and the number of observer countries and dialogue partners increases, the SCO will definitely transform itself from being a regional “hub club” to a powerful cooperation forum that deals with economy and security issues on a wide geographical area from eastern Europe to Southeast Asia.

The permanent SCO membership for Pakistan will ensure greater access to resources and energy import projects within the grouping’s framework. It would not have to wait for long, just the start of the membership process will give Pakistan a trump card in dialogue with traditional donors, particularly the US, who always tries to use its economic support as a pressure tactic.

Look at the Iran-Pakistan (IP) gas pipeline project. In this case, Pakistan has faced mounting pressure to shelve the scheme and move towards liquefied natural gas (LNG) imports from Qatar. Even the US Agency for International Development (USAID) has engaged a consultant to assist Pakistan in inking a commercial deal for LNG supply with Qatar.

Pakistan’s membership of the SCO will significantly strengthen the country’s position in the region and the world over and will have a positive impact on several major issues pertaining to military and technical cooperation between Russia and Pakistan and on huge communication projects with China.

With plans under way to connect the Silk Road Economic Belt with the Eurasian Economic Union, the role of Pakistan in regional economy and infrastructure projects will definitely increase because the Kashgar-Gwadar project between Islamabad and Beijing is part of the Silk Road belt.

Federal Commerce Minister Khurram Dastgir Khan, in a recent meeting of SCO commerce ministers in China, offered them to use Pakistan’s ports once the China-Pakistan Economic Corridor was completed to get access to trade routes through the Arabian Sea.

He added CPEC was a landmark initiative under the umbrella of “One Belt One Road” and it envisaged connectivity and expansion of trade and investment through a network of roads, rail, fibre optic cables and energy pipelines. This was the vision that Pakistan and China were following to enhance trade by connecting the region, he said.

However, experts caution that things could get complicated if Pakistan tries to use the SCO forum to resolve its issues without paying attention to the interests of other member states. SCO definitely has the potential of mediating and resolving varying problems, but such attempts could prove counterproductive.

However, western countries, though critical about the SCO, have a growing understanding that the grouping has already consolidated its place as one of the key forums of international cooperation and it is almost impossible to ignore it. Pakistan could also use it effectively by looking at multiple options in order to deepen economic cooperation because economic development is the best remedy to the threat of terrorism.

The writer is a staff correspondent.

Clicking your way to make someone else rich