'In this moment of prayer, I unite myself with you all in prayer to God'
By Reuters
Published: September 25, 2015
Tweet Email 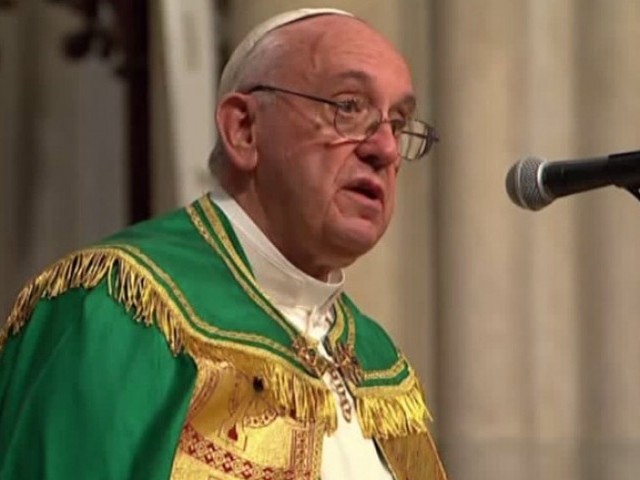 NEW YORK: Pope Francis expressed “closeness” with the world’s Muslims on Thursday after more than 700 pilgrims were killed in a stampede outside the Islamic holy city of Makkah in the worst disaster to strike the annual Hajj pilgrimage in a quarter century.

Speaking during a packed evening prayer service at New York’s St. Patrick’s Cathedral, the Argentine pope said he wanted to express “my sentiments of closeness in the face of the tragedy that their people suffered today in Makkah.”

“In this moment of prayer, I unite myself with you all in prayer to God, all powerful and merciful,” Francis added.