Final rites were under way when she sat up and starte­d reciti­ng the Kalma
By Our Correspondent
Published: September 22, 2015
Tweet Email 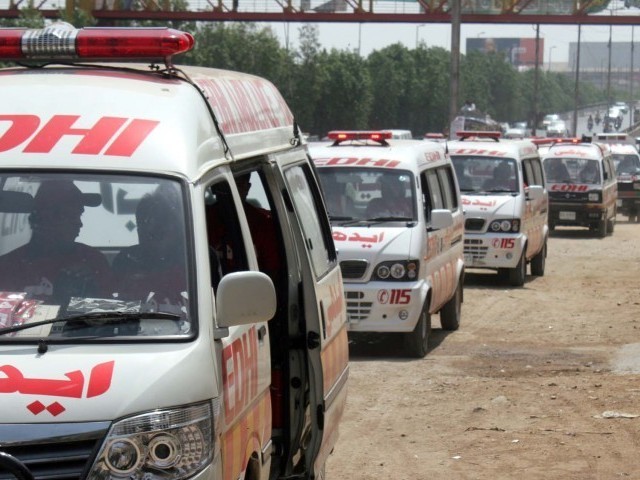 KARACHI: Workers at an Edhi mortuary in Karachi were given a rude the shock on Monday morning when a pregnant woman, who was being prepared for burial, suddenly sat up and started reciting the Kalma.

“She was being given the ghusal (the final bath), when Manzoora Bibi suddenly got up and started reciting the Kalma,” Edhi Foundation’s spokesperson Anwar Kazmi told The Express Tribune. “Everyone was shocked.”

“Manzoora Bibi was pregnant and was brought to the mortuary by her husband, Bashir, a worker at a poultry farm,” Kazmi added.

The 55-year-old woman, who lives in Dumba Goth near the Super Highway on the outskirts of Karachi was brought to the foundation’s mortuary at Soharb Goth for her final rites. Up to 40 bodies are brought to that morgue every day.

“We can’t ascertain why the woman… was declared dead,” he added, saying that the family was poor and provided few details surrounding her supposed death.

Kazmi believes that the woman must have fainted and was thought by the family to have died. “The family thought that the woman was dead and without confirming it with a doctor, they brought her to the morgue.”

Half an hour later, as workers at the morgue were preparing, the woman ‘came back to life’. She was then sent back home with her family.

Asked why they mistook a living person for dead, Kazmi explained that they only require a death certificate for bodies which are supposed to be stowed in their cold storage facility. No such note or certificate is required for those whose final rites are being carried out.

However, after Monday’s incident, Kazmi said they were contemplating stricter conditions.

“To make sure that no person is being buried alive, we will now set a condition for those availing our bathing facilities to show us a death certificate.”