Coke who? Rohail Hyatt to return with Sprite

Coke who? Rohail Hyatt to return with Sprite 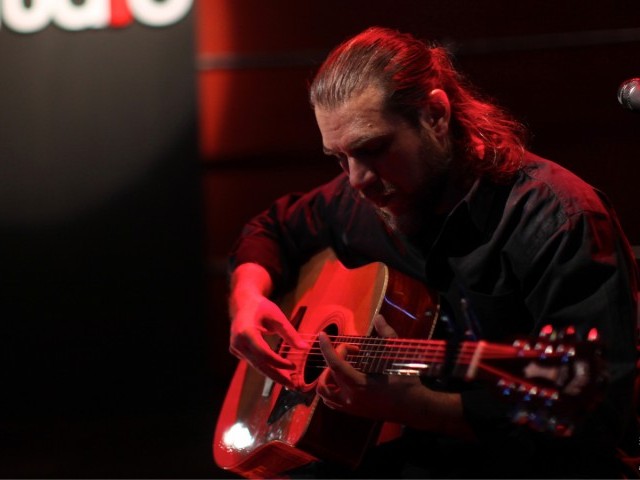 KARACHI: Ever since he announced his departure from Coke Studio, Rohail Hyatt seems to have gone AWOL. Although he continued to make sporadic appearances at various speaker sessions and music festivals, those also diminished over time.

“He has achieved so much in the past few years, he could might as well be sunbathing on a personal yacht somewhere in Europe and thinking about the finer things in life,” his friend and work associate had summed up the reclusive artists’ rock star lifestyle when asked about his whereabouts.

Rohail definitely made waves with his stint on Coke Studio and with each passing episode of the new seasons, there seems to be a growing echo for the maestro’s return to the fold again. But it appears as if Rohail’s fans may have to wait longer for his Coke Studio comeback, as the music producer has another project at the top of his agenda.

Multiple sources confirmed it to The Express Tribune that Rohail will be producing a music show for Sprite. The project will be miles apart from Coke Studio. This time around, the maestro is expected to come out of the confined studio environment and is aiming to do something more organic and visually captivating.

Read: The showstoppers of Coke Studio 8

“The project is going to be filmed like a travelogue where the sounds of different parts of Pakistan are going to be captured and incorporated into a song,” says a source close to the producer.

The yet-to-be-titled project is expected to be filmed in an episodic format with each episode ending with a music video of an original soundtrack, created through the course of the show.  Some sources also revealed that the format may change overtime because the show is in its preliminary stages.

“The nature of the show is not yet decided and the format maybe tweaked over time,” says a musician, who is aware of the project. “Sprite is coming up with a very huge campaign and Rohail’s project is a part of that,” he said, while choosing to remain unnamed.

Some of the destinations that Rohail will be visiting along with his production crew include Hunza Lake, upper Punjab and Interior Sindh; whereas the team is also expected to make use of sounds created by objects in different soundscapes. They already started collecting easily available sounds like that of kids dodging a football, knives being sharpened and the juggling of maalish bottles. Even a few boxing rings were hired for this project.

During his six seasons as the producer of Coke Studio, Rohail continued working with his own select group of musicians, such as  Gumby, Asad Ahmed , Omran Shafique , Mannu and Babar Khanna to name a few. However, the chances of Rohail reverting to his tried-and-tested house band members remain low, with his new project set to feature an all international set of musicians.

“The project only features international musicians,” confirmed a source associated with the project.  “It is unlikely that his [Rohail’s] latest [project] will see any mainstream or renowned musicians taking part,” says a veteran musician, who has worked very closely with Rohail.

“I think he might just continue working with international musicians from season 6 (of Coke Studio),” he added.

If the project sees the light of day, it would be the first time any Pakistani musician would be aiming for an all organic approach on a mainstream music show. Internationally, bands such as the Foo Fighters and others have produced successful albums based on ambient sounds and only time will tell if Rohail’s musical journey through Pakistan will have a huge impact.

At the same time, we can’t rule out Rohail’s return to Coke Studio as he already committed in an interview with the BBC that he would like to produce one more season of the show. Maybe Strings will be given a third chance next year so that Rohail can come back and wrap up Coke Studio once and for all in season 10?

Representatives of the Coca Cola company could not be reached for comment.

PLBW 2015: Paring down the sheen with the preen