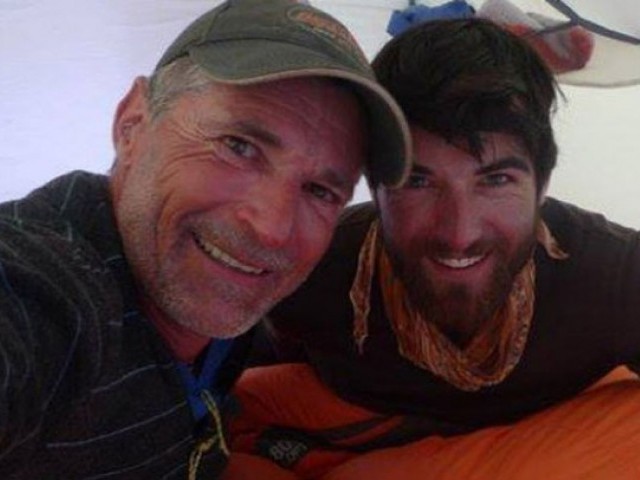 Prompted by a grim visual from the world’s second-tallest mountain, one viewer was left with no choice but to launch a quest to find the remains of her brother and father who died on K2.

A video shared by mountaineer Mike Horn’s on Facebook showed a partially preserved head resting on a glacier in northern Pakistan – the head may have belonged to Sequoia Di Angelo’s brother.  The 24-year-old Houston native lost both her father and brother to the mountain two years ago.

“I immediately thought, ‘Oh my God, that’s my brother’s head,’” Di Angelo told FoxNews “I’m sure every family who lost someone on that mountain thought the same thing and experienced the same sick feeling in seeing that.”

Driven by the video, Di Angelo contacted other families who had lost their loved ones on K2 in recent years and procured an emergency visa to travel to Pakistan.

Once in Pakistan, Di Angelo contacted locals who knew about her father and brother and made arrangements to reach Skardu, where the daunting mountain stands.

Despite warnings from the US embassy about the unstable security situation, Angelo remained determined and obtained a permit from the Alpine Club of Pakistan.

She then began her eight-day trek with a team of five Pakistani guides across the Karakoram landscape to the K2 base camp.

Most incredible team I could ask for to help me along the way! #ourcook #myguide #karakoramexpeditions

Di Angelo and her team located the remains featured on Horn’s video, and after collecting DNA samples wrapped the remains and buried them in a moving ceremony on the memorial site along with prayers and a moment of silence.

“It does not matter whom the remains belong to,” she said. “For me, it is not a singular line of respect that only falls for the remains of my brother and father, but rather wholehearted respect for all who have perished while on K2.

“Whomever these remains may belong to, they deserve respect and the families deserve to know that they have received an honorary burial.”

Di Angelo’s father, Marty Schmidt, 53, and her brother, Denali, were both veteran climbers, who died in an avalanche on July 26, 2013. They were trying to become the first father-son team to successfully climb the 28,251-foot peak.

This article originally appeared on Foxnews

Will present dossier on Indian interference in Pakistan at UN: Sartaj Aziz