Pakistan among 20 countries to meet only one nutrition target

Pakistan among 20 countries to meet only one nutrition target

Global Nutrit­ion report claims every third person in the world is malnou­rished­
By Our Correspondent
Published: September 16, 2015
Tweet Email 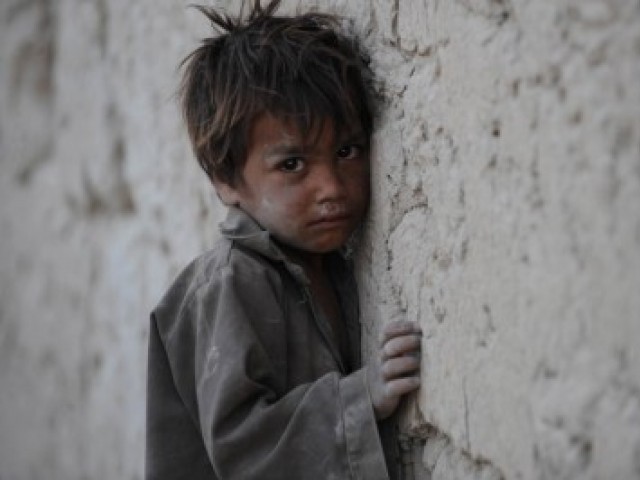 KARACHI: Pakistan is among the 20 countries that have met only one of the five World Health Assembly targets on nutrition, revealed a Global Nutrition report.

The only country that has met all five of these nutrition goals was Kenya, followed by Colombia, Ghana, Vanuatu and Vietnam, which have met four of the five goals.

The Global Nutrition report, being released on September 22 in New York City, revealed that one in three members of the global population is malnourished and the problem exists in every country. Nutrition can be a driver of change or a barrier to progress, claimed the report, adding that leaders of all countries should take actions to end malnutrition.

The report pointed out that there are certain forms of high-impact interventions that can resolve the issue of malnutrition but they are not being implemented due to lack of money or political pressure.

“When one among three of us is held back, we as families, communities and nations cannot move forward,” said Lawrence Haddad, lead author of the study and senior research fellow at the International Food Policy Research Institute. “This not only jeopardises the lives of those who are malnourished but also affects the larger framework for economic growth and sustainable development. Simply put: people cannot get anywhere near their full potential without first overcoming malnutrition.”

Dr Zulfiqar Bhutta, one of the authors and founding director of the Centre for Excellence in Women and Child Health at Aga Khan University, explained that the report, which is a follow-up of the 2014 report, underscores the need for implementing critical nutrition actions urgently. This is especially the case in Pakistan, “where we face double the burden of persistent maternal and childhood under-nutrition and growing obesity”, he said.

The report also discusses how climate change is complicating global efforts to end malnutrition. Even small and seasonal fluctuations in climate can have big impact on food availability and disease patterns and these, in turn, dramatically affect children’s survival and development. For example, babies born in India in November and December are taller on average at three years of age than those born in April through September.

The new analysis shows that only 43 to 48 per cent children under five in Pakistan are growing healthy. The timing of the report is particularly important as United Nations member states convene to adopt the Sustainable Development Goals later this month. Malnutrition is tied to many of the proposed goals and, when 45 per cent of all deaths of children under five are related to malnutrition, it is critical that leaders keep nutrition policy at the forefront of their decision-making, stated the report.

“The sustainable development goals offer a unique opportunity for the government of Pakistan and the political leadership to provide non-partisan support to move rapidly to develop a national action plan for nutrition,” added Dr Bhutta.