It’s a pity Indian filmmakers do not shoot in Karachi, says Mahesh Bhatt

It’s a pity Indian filmmakers do not shoot in Karachi, says Mahesh Bhatt 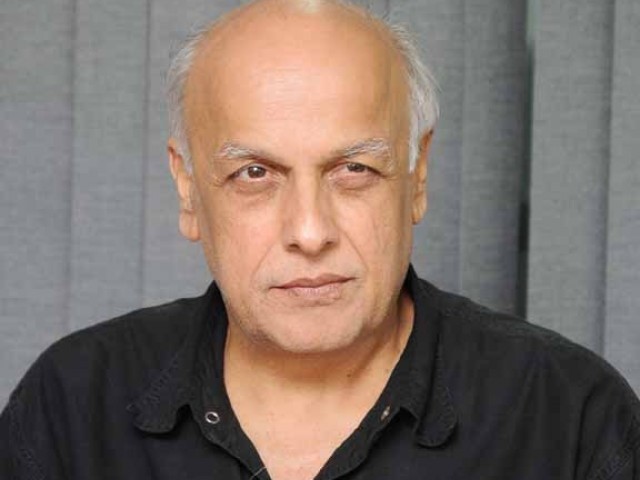 KARACHI: It is a pity that Indian filmmakers do not shoot in Karachi, Lahore and Murree despite cultural and aesthetic similarities between India and Pakistan, said filmmaker Mahesh Bhatt on Monday.

The Indian director was speaking via Skype during a session organised by the Pakistan India People’s Forum for Peace and Democracy’s (PIPFPD) Sindh Chapter.

The event was aimed at discussing possible options for establishing peace between the two countries.

“We need to continue to adopt a fierce commitment to maintain love and peace,” he said. “We are in a much better position today than we were before. Bollywood is equally popular on both sides of the border. This is a strong indicator of our collective interests.”

According to Bhatt, consistent attempts have been made to sabotage the peace process and such sentiments have often permeated into Indian cinema. “Our censor board does not issue certificates to films that capitalise on this narrative of hatred,” he said. “Moreover, some of these films have not performed too well on the box office. When hate won’t sell, it will eventually die down.”

The director drew attention to the fact that people in India, who throw their weight behind the peace process are touted, as ‘anti-Indian’. “The truth is, India lacks the audacity to undertake such peace initiatives because we choose to play safe,” he added.

Speaking on the occasion, Sindhi writer and columnist Amar Jaleel recalled the early years of his life, which were spent in an undivided India. “I am a born Indian living in Pakistan,” he said.

“At school, we used to recite poetry written by Rabindranath Tagore and Allama Iqbal that taught us how to love our motherland. However, in 1947, our motherland was divided into two.”

Jaleel pointed out how, nearly 70 years on, the children of this motherland have been left to pick up the pieces. “The restlessness has been transferred through the generations,” he said.

According to Jaleel, historians have presented a distorted view of Partition. “History should be learnt from literature of the era rather than history textbooks,” he said. “We have been told that our forefathers rendered sacrifices for the country. However, we don’t realise the implications of this. The descendants of those who made these sacrifices have grown up with a false sense of superiority.”

Jaleel insisted that peaceful relations between India and Pakistan can only be achieved if we look beyond the borders. “We should aim to be like clouds that know no boundaries and cannot be stopped from drifting through the sky,” he added. “Both countries need to develop a sense of sanity.”

Addressing participants via Skype, Jatin Desai, a journalist in Ahmedabad, said recent attempts by both countries to put an end to cross-border tension is a sign of progress.

“However, we need to go the extra mile and explore other avenues of cooperation,” he said. “Trade is a good starting point. We must remember that Indian Prime Minister Narendra Modi represent the corporate while Prime Minister Nawaz Sharif comes from a business background. This could work towards the advantage of both countries.”

Prior to the discussion, a series of performances were organised by Tehrik-e-Niswan. While reading a passage from Nighat Sultana’s Delhi se Lahore, the elocutionist misquoted the name of Saadat Hassan Manto’s fabled character in Toba Tek Singh Bishan Singh as Toba Tek Singh. The error was corrected by Jaleel.