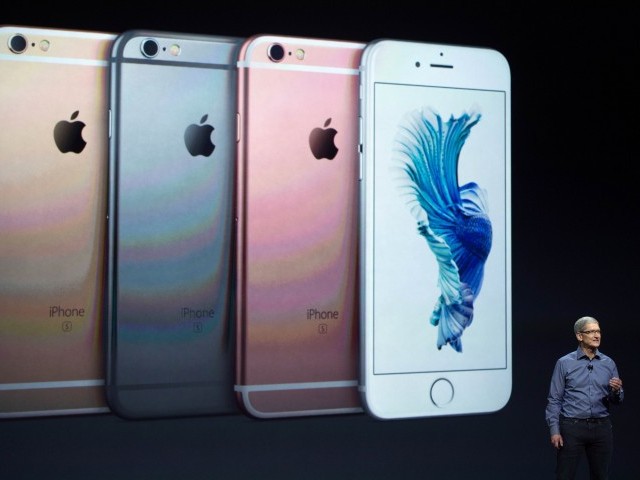 SAN FRANCISCO: Apple said Monday that pre-orders for its new iPhones set for release this month are on a pace to top last year’s record for new handsets.

“Customer response to iPhone 6s and iPhone 6s Plus has been extremely positive and pre-orders this weekend were very strong around the world,” Apple said in an emailed statement.

“We are on pace to beat last year’s 10 million unit first-weekend record when the new iPhones go on sale September 25.”

The statement said online orders have been “exceptionally strong and exceeded our own forecasts for the pre-order period.”

The company added: “We are working to catch up as quickly as we can, and we will have iPhone 6s Plus as well as iPhone 6s units available at Apple retail stores when they open next Friday.”

The California tech giant is seeking to build on the success of large-screen handsets introduced last year that have dominated the high-end smartphone market.

The iPhone 6S and 6S Plus have the same overall dimensions as the previous versions, but with new technologies under the hood.

One of the key new features is called “3D touch,” which responds to pressure exerted on the screen to allow users to look inside messages and applications.

The 6S has the 4.7-inch (about 12-centimeter) display of its predecessor and the 6S Plus – which updates one of the more popular handsets in the “phablet category” – has the same 5.5-inch screen.

But the devices have more powerful processors that allow for improved graphics, harder glass and a new aluminum body.

Pricing will be kept at the same levels as the earlier versions, but Apple is allowing consumers to buy unlocked devices on installment.