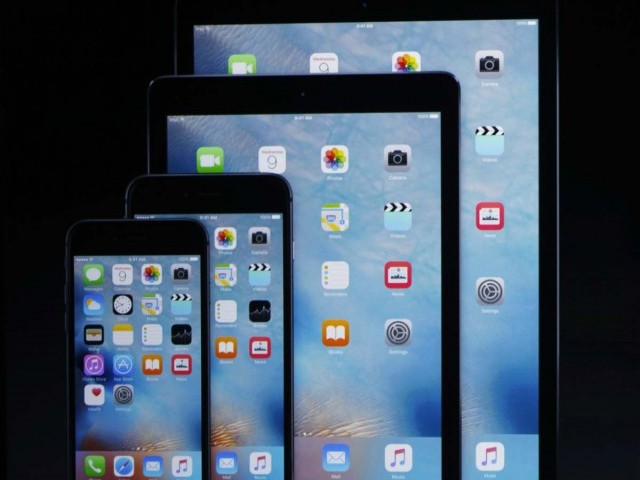 SAN FRANSISCO: Apple on Wednesday unveiled its iPad Pro and an improved iPhone range, saying the large-screen tablet has the power and capabilities to replace a laptop computer. Other products such as the Apple Watch and Apple TV also saw upgrades, while older models of devices saw price drops.

Chief executive Tim Cook, speaking at a San Francisco media event, called the device “the biggest news in iPad since the iPad.”

The new tablet with a 12.9-inch (32.7-centimeter) display, also includes a detachable keyboard and stylus.

The device features “desktop-class performance” and operates faster than 80 per cent of portable PCs that shipped in the last 12 months, said Apple senior vice president Phil Schiller of the device.

The new iPad will be available in November starting at $799, with a keyboard option at $169.

“It is thin and light enough to work all day and be taken everywhere,” Schiller said.

The iPad Pro also includes a stylus called Apple Pencil – despite comments from late Apple co-founder Steve Jobs that consumers did not want such an accessory. The Apple Pencil stylus for the iPad Pro. PHOTO: AFP

Cook said he expects the new tablet to offer new possibilities for computing as the original iPad did.

“The iPad is the clearest expression of our vision of the future of personal computing,” Cook said. The new tablet has 10-hour battery life, and a “forcetouch” screen which responds to the amount of pressure applied. Bob O’Donnell at the research firm Technalysis said on Twitter that the new iPad “sure looks a lot like a Windows 2-in-1 (computer)…in fact, kind of similar to @surface,” referring to the Microsoft tablet computer.

The iPad Pro sure looks a lot like a Windows 2-in-1…in fact, kind of similar to @surface Apple Senior Vice President of Operations Jeff Williams speaks about the Apple Watch which will get an OS upgrade as well as a partnership with Hermes. PHOTO: AFP The new smartphones are the iPhone 6S and 6S Plus, keeping the same overall dimensions of the last version.

“They look familiar, but we have changed everything about these iPhones,” chief executive Tim Cook said at the San Francisco media event.

One of the key new features is called “3D touch” which responds to pressure exerted on the screen to allow users to “peek” or have a quick look inside messages and applications.

The new iPhones will use the upcoming iOS 9 operating system, which supports new features such as 3D touch. All the features coming to the new iPhone 6S and 6S Plus. PHOTO: AFP

The 6S will include the 4.7-inch (about 12-centimeter) display of its predecessor and the 6S Plus — one of the more popular handsets in the “phablet category” — has a 5.5-inch screen.

But the devices have more powerful processors that allow for improved graphics, and a new aluminum body.