CPO says recove­ry ratio at 40 per cent in robber­ies, snatch­ing and theft cases.
By Our Correspondent
Published: September 14, 2015
Tweet Email 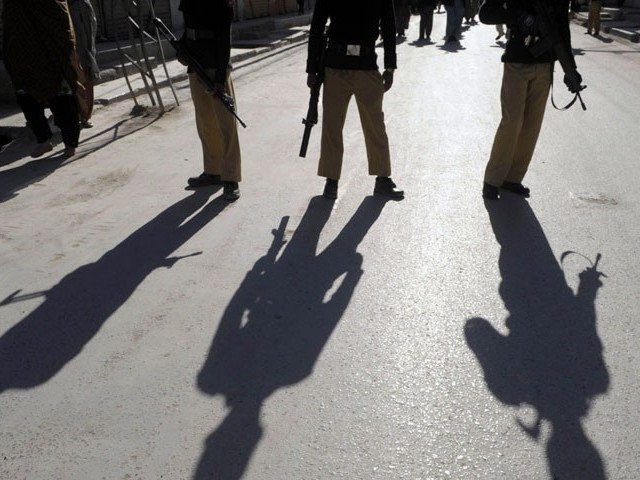 RAWALPINDI: Despite a decrease in the overall crime rate, residents of Rawalpindi are going through a tough year as 190 murder cases have so far been reported while they were deprived of over 1,100 vehicles in the last eight months.

People have been deprived of total 496 cars and 664 motorcycles in just over 2,400 crime incidents related to robbery, snatching, burglaries and theft in the last two quarters of the current year, statistics have revealed.

A total of 190 cases of murder were registered while in the previous year within the same period, the number had reached 218. This year has witnessed no sectarian murders while six sectarian killings took place in 2014.

Nine people were killed when they put up a fight against robbers during robberies and snatching incidents. In 2014, 15 people had lost their lives in eight months in similar circumstances.

Twenty-five cases of gang rape have so far been registered against 32 cases reported in the same period last year while six police encounters have taken place in the last eight months while 11 encounters took place in that time last year.

City Police Officer Israr Abbasi said the decrease in crime was a result of aggressive policing and constant vigilance of suspects involved in robberies, snatching and theft who were released from jails.

Abbasi claimed the recovery ratio remained at 40 per cent in robberies, snatching and theft cases.

Running business: Rawalpindi’s bling market with all its glitter