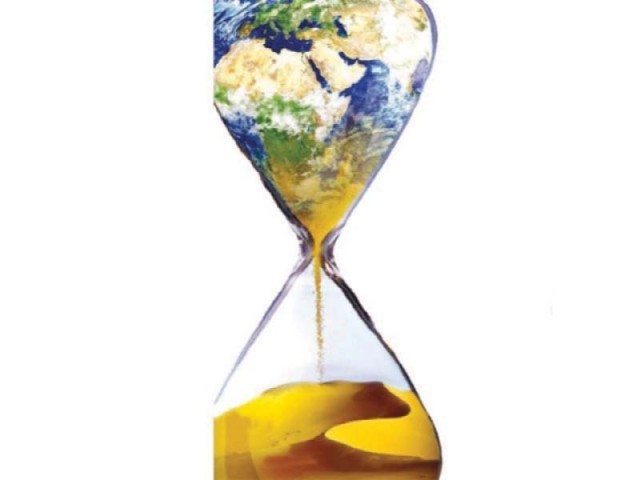 Financial assistance needed to meet goal; final draft of INDC to be sent to PM on Monday.

ISLAMABAD: Pakistan is likely to unconditionally commit to a five per cent reduction in greenhouse gas emissions — 54 tons of carbon — by 2030, says a draft of the Intended Nationally Determined Contribution (INDCs) prepared by the  Ministry of Climate Change.

The final draft, which will be submitted to the prime minister on Monday, said the country will reduce greenhouse gas (GHG) emissions by five per cent, and adds that it would aim for a further five per cent reduction financed through external support.

The report, based on suggestions given by stakeholders and climate change experts, estimates that the country would require more than $18 billion in financial assistance to reduce carbon emissions by 10 per cent.

Pakistan’s current share of global carbon output is just 0.8 per cent — 135th highest in the world — but it is also among the 10 countries worst affected by climate change.

“After the PM’s endorsement, the INDCs draft will be forwarded to the UN secretariat before the end of this month and will reflect the clear cut expectations and role of Pakistan in achieving stabilisation of GHG concentrations in the atmosphere at a level that would prevent dangerous anthropogenic interference with the climate system,” Climate Change Ministry Media and Communications Deputy Director Muhammad Saleem told The Express Tribune.

INDCs are documents which outline countries’ aims and plans to meet the requirements to combat climate change and related issues reducing GHG with domestic and external resources.

Implementation of INDCs is subject to the agreement reached at the 21st climate change conference scheduled to be held on November 30 in Paris this year.

The MoCC began working on INDCs earlier in March, 2015 by engaging line ministries and key stakeholders, including provinces and NGOs.

Sources involved in the preparation of the INDC revealed that Pakistan will also take the opportunity to articulate the adaptation challenges that it faces and propose actions that can assist in addressing these challenges at domestic and international level.

“Pakistan will continue to push for a global agreement that addresses the challenges we face in a timeline that is necessary to prevent catastrophic climate change, and at the same time, expects that developed countries would mobilise adequate funding and technology transfers to enable developing ones to achieve their INDCs,” he said.