A five-member team of the Pakist­an Alpine Instit­ute Islama­bad was on a missio­n to summit the Sirwal­i Peak
By MA Mir
Published: September 8, 2015
Tweet Email 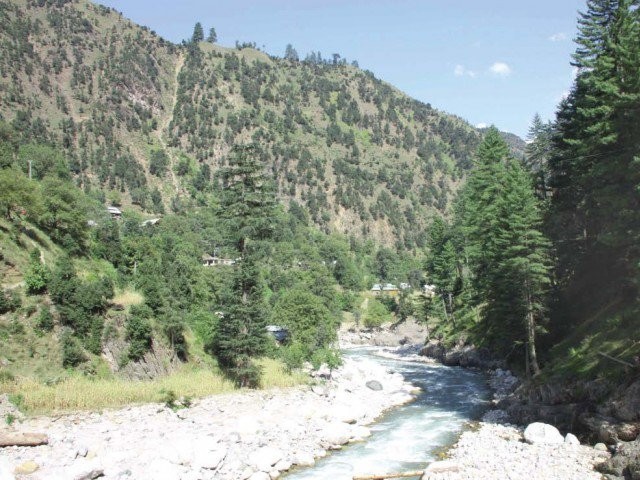 A five-member team of the Pakistan Alpine Institute Islamabad was on a mission to summit the Sirwali Peak. PHOTO: EXPRESS

Police and local authorities have formed a team to locate three Pakistani climbers who went missing while scaling Sirwali Peak in Neelum Valley in Azad Jammu and Kashmir (AJK) on August 31.

According to the AJK police, a five-member expedition from Islamabad ventured out on August 26 from Kel to Domail Bala base camp to summit the 20,000 foot peak. Soon, the three climbers, identified as Usman, Imran and Khuram, lost contact with the two while ascending the dangerous peak, the police said while quoting the two survivors.

The mountaineers’ sponsors also confirmed that three climbers were missing since August 31 and they have no contact with them since then.

“A five-member team of the Pakistan Alpine Institute Islamabad was on a mission to summit the Sirwali Peak, which is one of the dangerous peaks in the region,” said Neelum district SP Jameel Mir.

“The two climbers, who separated from the three and retreated later from scaling the peak, have just informed us that their three colleagues are missing since August 31,” said Mir.

He added that they have formed a six-member police squad to search the missing climbers.

The police officer said that it will take six hours for the police team from Kel to reach the base camp in Domail Bala, which is 10,000 feet above the sea level. “It takes two to three days to summit the peak from the base camp,” he explained.