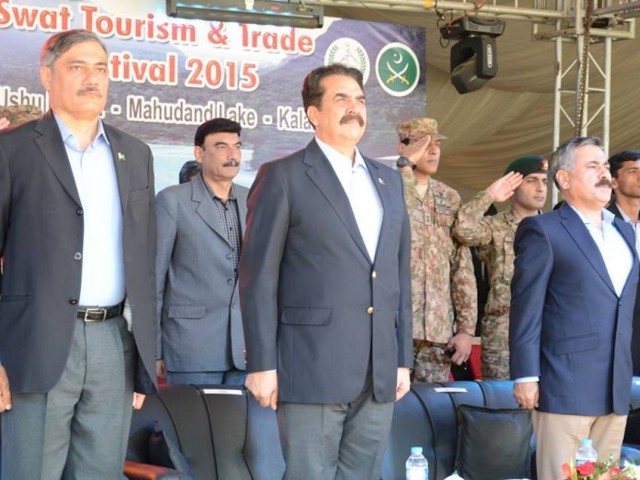 COAS General Raheel Sharif at the festival in Swat on September 7, 2015. PHOTO: ISPR

Army chief General Raheel Sharif said on Monday the establishment of peace would attract tourists to Swat, once a war-torn valley in Khyber-Pakhtunkhwa.

While addressing the Kalam festival, the army chief appreciated locals for supporting Pakistan Army in the war against terrorism, Radio Pakistan reported.

Sacrifices and commitment of the army, civil forces and the local people have eliminated terrorism from Malakand Division, General Raheel further said.

Read: ‘Enemy will have to pay unbearable price for short or prolonged war’

The military had launched an offensive against Taliban militants in Swat valley in 2009.

Earlier on Sunday, while addressing the Defence Day ceremony at the GHQ in Rawalpindi, General Raheel said Pakistan Army was capable of responding to an invasion by any external force. “If the enemy ever resorts to any misadventure, regardless of its size and scale, it will have to pay an unbearable cost,” he said