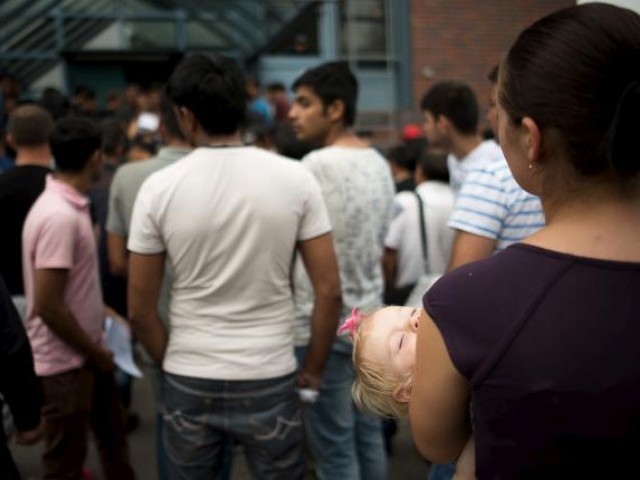 BERLIN / MUNICH: Germany, which is currently opening its doors to a record number of refugees, will make an additional six billion euros ($6.7 billion) in public funds available next year to cover the cost of looking after them, the ruling coalition parties decided on Monday.

“The federal government will increase its 2016 budget by 3.0 billion euros to cope with the situation with refugees and asylum-seekers and the regional state governments and local authorities will make available a further 3.0 billion euros,” the conservative CDU and Social Democrat SPD parties said in a joint statement issued after a late night meeting on Sunday.

Germany is expecting to receive a record 800,000 asylum seekers this year.

About 2,500 refugees seen arriving in Germany by early afternoon

About 2,500 refugees are expected to arrive in Germany via Austria by early afternoon on Monday, after an estimated 20,000 came in over the weekend, a Bavarian official told reporters.

Christoph Hillenbrand, president of the government of Upper Bavaria, said three trains containing a total of 2,100 migrants were due to arrive in Germany by 2:30 pm (1230 GMT) from Salzburg.

Another 400 would arrive by train directly from Budapest in the morning. It was unclear whether passengers on the Salzburg trains would disembark in Munich or continue further by train to other German states. “That is being checked at the moment,” he said.