In August, about 20 citize­ns were killed, 97 others injure­d as a result of unprov­oked firing; says Lodhi
By Web Desk
Published: September 5, 2015
Tweet Email 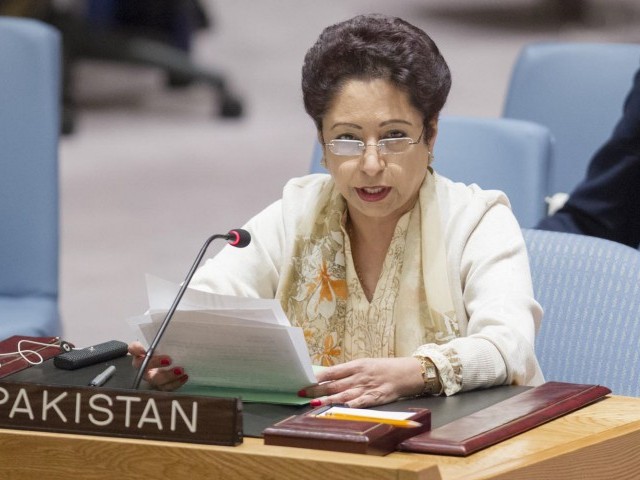 Pakistan on Saturday urged the United Nations to take notice of civilian casualties due to the constant ceasefire violations by Indian forces, Radio Pakistan reported.

“India violated the ceasefire agreement thirty-six times in July,” Pakistan’s permanent ambassador to the UN Maleeha Lodhi wrote in a letter to the President of UN Security Council.

She then urged UN to play its role on ‘implementation of ceasefire agreement.’

Further, she stated in the letter that “about 20 citizens were killed while 97 others were injured as a result of unprovoked firing by Indian forces in August.”

Pakistan has on many occasions highlighted its concerns pertaining to ongoing ceasefire violations.

Earlier this week, Prime Minister Nawaz Sharif warned India not to mistake Pakistan’s silence on the neighbouring country’s ceasefire violations as a sign of weakness.

“Our patience on India’s ceasefire violations must not be taken as a sign of weakness,” he said.

Last month, Foreign Secretary Aizaz Ahmad Chaudhry summoned Indian High Commissioner Dr TCA Raghavan and protested against the unprovoked firing from the Indian side of the border at Harpal and Chaprar that left six civilians dead and 47 injured including 22 women.