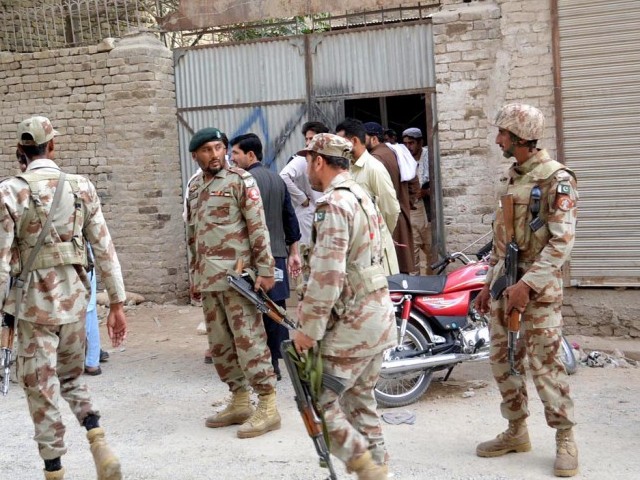 QUETTA: Security forces on Saturday, in an intelligence based operation, foiled a terror bid which was set to be executed on Defence Day, Inter-Services Public Relations (ISPR) reported.

“The terrorist was arrested during the operation who confessed his links with RAW, he also confessed having planted IEDs in Quetta on two separate occasions which took numerous lives,” officials stated.

Further, the suspected militant was arrested with various explosives in his possession, including an improvised explosive device (IED) weighing over 6 kilogrammes, a mortar bomb and nut bolts.

A five-member committee headed by Defence Minister Khawaja Asif on Friday decided that the entire nation will observe one-minute of silence from 9:29 am to 9:30 am on September 6 to pay homage to the martyrs of 1965 War.

The committee was formed by the Prime Minister Nawaz Sharif to oversee celebration of 50th anniversary of the war.

Later, all media outlets – including radio and television channels – will play the national anthem from 9:30 am to 9:32 am. This will be observed to reaffirm nation’s resolve to defend the motherland in the similar manner in case of such threat in the future.