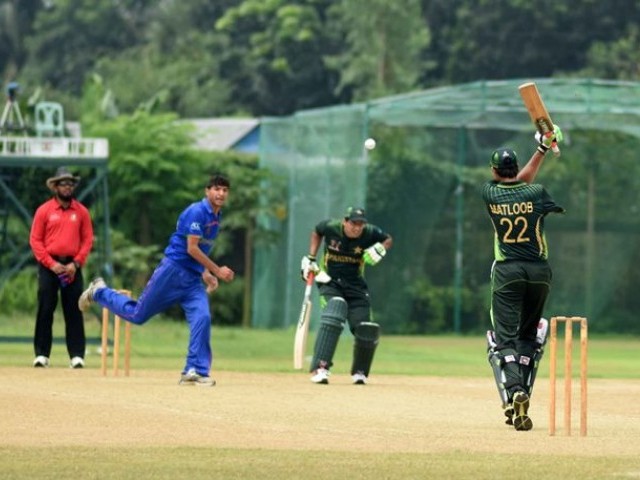 Chasing 119, Pakistan reached the target inside 16 overs with the loss of two wickets. “We have played a series with Afghanistan before, so we did not have to put much effort to beat them,” said Matloob.

“The ground condition was also good which helped me score the first half-century in the very first match on this pitch.”

Sifat and Sherin took one wicket each for Afghanistan.

Earlier, Afghanistan were put in to bat first as they scored 118 in 18.4 overs. Mohammadullah was the top-scorer for Afghanistan as he scored 43 runs off 24 balls. Obaidullah scored an important 31 off 36 balls as well. The matches of the tournament were reschedule after rain has washed away the first two days.

Pakistan will now face the hosts Bangladesh on September 5 in their second outing.

Prime Minister of Bangladesh, Sheikh Hasina Wajid, inaugurated the tournament as the chief guest in the opening ceremony.