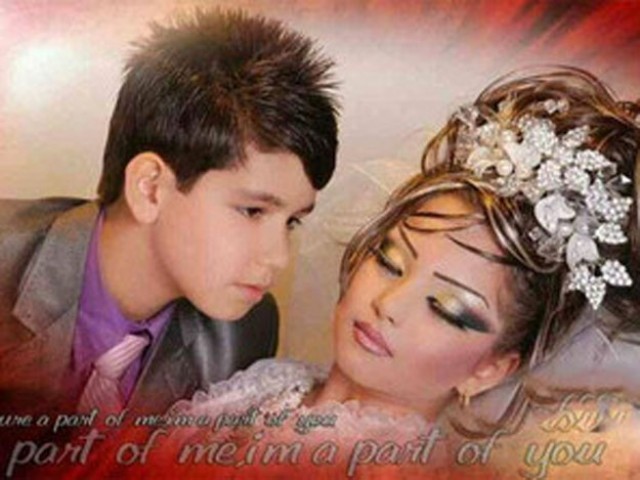 Wedding photo-shoot of a 14-year-old boy getting married to a 10-year-old girl in Iran PHOTO: AL ARABIYA

A teenage boy and girl, although under the marriageable age, got married in Iran, with their wedding photo-shoot sparking interest across social media.

Although under the legal marriageable age in Iran, the couple’s families were granted permission by the authorities, after which the 14 and 10-year-olds were married. 14-year-old groom with his 10-year-old girl bride in Iran with their families PHOTO: AL ARABIYA

In the Islamic Republic of Iran, the legal age for girls to marry is 13 provided she has her father’s permission. On the other hand, boys can marry from the age of 15. According to Iranian news website Tabnak, as many as 42,000 children aged between 10 and 14 were married over a period of time in the country.

Read: With nikahkhwans on board, 30 villages in Sindh fight child marriage