Actor create­d a trend and it gained tracti­on faster than Mawra could delete her tweets­
By Entertainment Desk
Published: August 29, 2015
Tweet Email 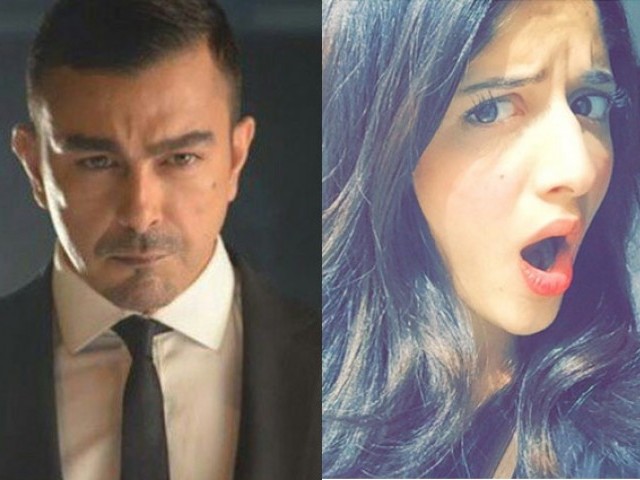 Actor created a trend and it gained traction faster than Mawra could delete her tweets.

Everyone is entitled to their opinion, but what happens when it causes a stir and turns your people against you. Case in point: Shaan’s reaction to Mawra’s tweets in support of the controversial film Phantom.

Earlier this week Hamza Ali Abbasi and Shaan spoke up against Saif’s statement of losing faith in Pakistan after his film was banned in the country.

They lobbied against the Bollywood star and gained support from multitudes of Pakistanis who shared similar sentiments.

However, one local celeb, Mawra Hocane, didn’t manage to gain support of fellow Pakistanis after she tweeted in favour of the film: In fact, she garnered quite a lot of hate and soon enough, deleted her tweets. Unfortunately for this damsel, distress was not far because when Shaan came across her tweets, he was not happy…

He started a trend #banmawra and it didn’t take long for people to respond on Facebook:

Some even showed their personal vendetta towards the actress:

One looked at his new found hero. Where was his status update when it was needed the most?

Some questioned her nationalism: If that wasn’t enough, Twitter was full of hateful tweets for the actress:

@MawraHocane u should be in india by now.things people do for money. Such a low life lol bye bye . #banmawra

Seems like someone is begging for bollywood movies, poor girl #BanMawra we dont need such traitors in our country.. @MawraHocane

Should we Ban an actress @MawraHocane Who support Anti #Pakistan Movie jst to get a role in bollywood? #BanMawra pic.twitter.com/VSKXDMIsN8

And I Lost All The Respect & Love for @MawraHocane after her tweets about #phantom & #AntiPakistan movie.. #BanMawra

I believe in freedom of speech but #patriotism is wat I'm proud of.#MawraHocane go live in india then u wil know patriotism #banMawra