Silent harass­ment persis­ts in variou­s forms, no matter how sensit­ively or approp­riatel­y a woman may dress or walk
By Yusra Hayat
Published: August 29, 2015
Tweet Email 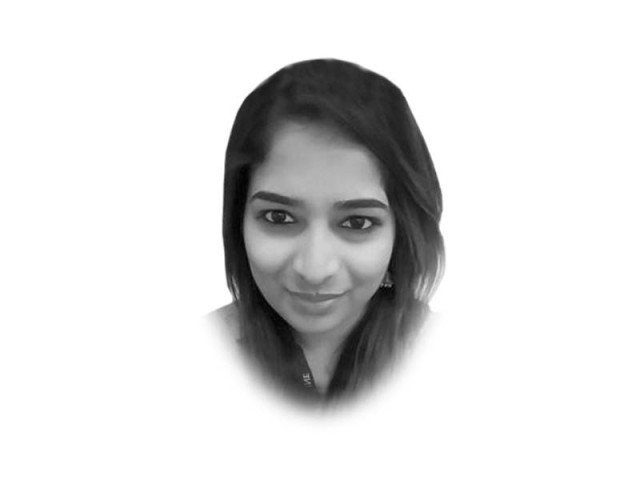 There is nothing extraordinary in pointing out that various kinds of exclusions exist in Pakistani society. Among these, the most talked about is one of gender. While this exclusion may not be new, it is important to point out that the opacity of this elimination is rather new. The oddness of this ‘ordinary’ and ‘normal’ state of affairs goes so unnoticed that it has become an accepted feature of urban life. Male domination in public spaces is maintained under various pretexts, whether religious, cultural or under the pretext of ensuring female ‘safety’.

Public spaces are unfriendly to women. Our state functionaries believe that given this hostility, women might be better off avoiding these spaces altogether. Thus, not only do the former just abdicate their responsibilities to facilitate access and provide justice, if not safety, they also assume that nobody would want to access unfriendly spaces or remain there for longer than is needed.

Women are hooted at, called inappropriate names and receive questioning glares, urging them to leave — not only by males but also by females who will allow a lone female presence outside a sheltered space only for purposes of education or work. Rickshaws will stop when a woman walks on the road because the concept of a female flaneur is unacceptable in our society and she must sit in a vehicle and reach her destination.

The facilities, or the lack thereof, and all actors in the public space work together to perform the function of a social control agency that creates barricades against female mobility. If the public space is not belligerent in deliberately expunging women, it will do so by placing the burden to achieve this on the women themselves. Food dhabas always have a tiny ‘family hall’ — a walled room — to which waiters proudly direct female customers. If an activity as fundamental as eating food requires ‘protection,’ then the social exclusion of females in other public realms can only be an inevitable extension of this. There are hardly any public bathrooms for women, buses have female compartments right in the front and cars will slow down and ask women on the roads to jump in, either through words or through expressive eyes. Silent harassment persists in various forms, no matter how sensitively or appropriately a woman may dress or walk.