Smith grateful for Ireland 'work-out' ahead of England series

Smith grateful for Ireland 'work-out' ahead of England series

Austra­lian captai­n says all boys got what they needed from the match in Belfas­t
By AFP
Published: August 28, 2015
Tweet Email 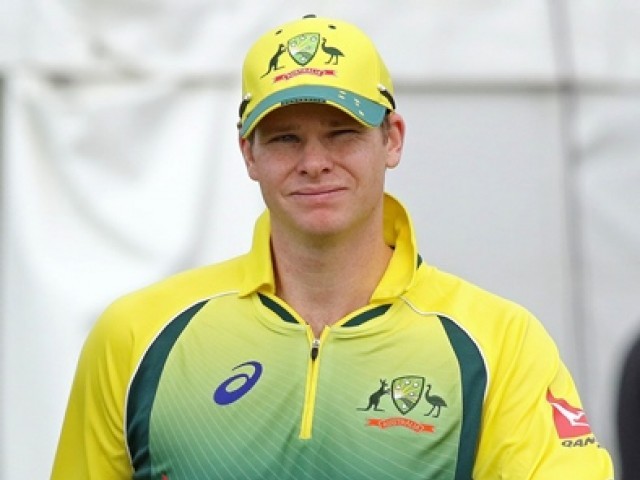 Smith believes the win against Ireland is a good start up before facing off against England in ODIs. PHOTO: AFP

BELFAST: Australia captain Steven Smith described his side’s rain-affected victory over Ireland as a “good work-out” ahead of the five-match one-day international series against England which starts next week.

The squad now head to Cardiff for a lone Twenty20 international against England in the Welsh capital on Monday, but Smith was happy “all the boys got what they needed” from the game in Belfast.

Australia, in their first ODI since beating New Zealand in the World Cup final in Melbourne in March, posted 222 for six in a first innings cut short by rain to 40.2 overs.

Man-of-the-match David Warner made 84 and Joe Burns, on his ODI debut, 69 as the openers put on 139 for the first wicket before Ireland, cricket’s leading non-Test nation, fought back with the ball.

Further rain interruptions left Ireland with a revised target of 181 in 24 overs.

They were going well with Ed Joyce (44) and Niall O’Brien (45) adding 86 for the third wicket, but after off-spinner Glenn Maxwell broke the stand Australia’s fast bowlers swept Ireland aside, with the hosts eventually dismissed for 157.

“It was a frustrating day going on and off but Davy Warner and Joe Burns on debut played really nicely,” said Smith in his first match as full-time Australia captain following the retirement of Michael Clarke after the 3-2 Ashes defeat by England.

“In the middle order, we lost a few wickets in clumps which was disappointing but I’m not reading too much into that. It was our first game of white ball cricket since the World Cup final.

“And with the ball, I thought we were pretty good. Nathan Coulter-Nile with the new ball hit good areas and Pat Cummins looked like he was bowling with good pace.”

Stuart Thompson, who scored 24 off 16 balls, including two sixes off Maxwell, would agree.

One delivery from the 22-year-old Cummins broke Thompson’s bat as he attempted a pull shot.

At the end of that over, the 19th, Ireland needed just 46 more runs to win but Mitchell Starc, the world’s number one ranked ODI bowler, and Cummins were just too good for the Ireland lower-order.

Smith surprised most observers by choosing to bat first.

“It’s another ODI and we wanted to win this game and batting first, posting a good total and then putting them under pressure was the best way,” said Smith.

“It looked like it was going to be a slow wicket but I wanted us to get a good hit. It was nice for a few guys to spend time in the middle and I think we got everything we wanted out of this game.”

Smith added: “Ed Joyce and Niall O’Brien got a partnership going but I always thought we were just one wicket away from cracking it open and it turned out to be that way.”

Ireland captain William Porterfield was happy with his side’s performance, particularly in taking six wickets for 75 runs after Australia’s impressive opening stand, but admitted the world champions’ quality was evident at the finish.

“I thought we played quite well and came back strongly in both innings,” Porterfield said.

“It is one of the harder periods in 50-over cricket to take wickets, through the middle period, so that was really pleasing against such quality opposition and then to come back from losing two early wickets, Ed and Niall set us up for a big finish.

“But their class showed in the end.”

Ireland, in their latest example of giant-killing, beat the West Indies at the World Cup only to be denied a place in the quarter-finals by the Test side on net run-rate.

Porterfield said the only way for Ireland to record similar wins was to play the top teams more often.

“We have only played two one-dayers since the World Cup and we have only three more planned before the start of next season,” he explained.

“That is frustrating because the more fixtures we start getting, we will start winning. It becomes easier the more regularly you play.”