Save our wetlands to stave off future flooding

Save our wetlands to stave off future flooding 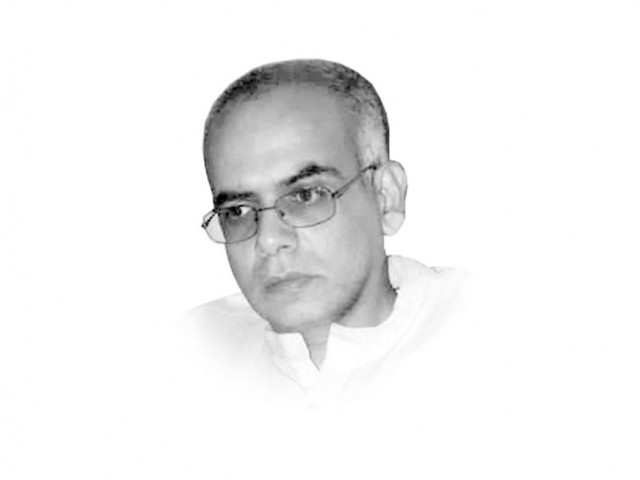 The writer is author of the book Development, Poverty and Power in Pakistan, available from Routledge

Pakistan has experienced yet another year of heavy floods, which have been wreaking havoc in the country since the beginning of this decade. The increasing links being drawn by climate scientists and environmentalists between climate change and natural disasters, including recurrent floods, suggest that severe flooding is a problem our country will have to continue struggling with in the future.

A German think tank has listed Pakistan amongst the 10 countries most vulnerable to climate change in its Global Climate Risk Index 2015. Climate change implies a number of challenges, including worsening droughts, water scarcity and changes in precipitation patterns, causing rainfall to become more intense and fall in a shorter period. It is this latter problem, alongside warmer temperatures, which are triggering faster melting of the Himalayan glaciers that is causing serious flooding across our country.

Hundreds of thousands of people have been affected by flooding again this year as floodwaters have engulfed various parts of the country over the past weeks. Northern districts like Chitral have been the hardest hit due to flashfloods caused by glacial lake outbursts in particular. The enormous damage and suffering being caused by the recurrent floods is being made worse due to inadequate planning and poor governance. There is certainly much more that can be done to ensure that the inevitable future inundations do less harm.

Along with strengthening the flood early warning system and restricting development in floodplain zones, protecting forests and natural resources can significantly reduce flood risks. Such measures have been missing from Pakistan’s flood management strategy so far. Conventionally, we have only focused on the hard engineering solutions for the purposes of flood control, such as building bunds, embankments and dykes.

Even now, it is the need for dams which is more often stressed during discussions concerning more effective flood management. There is still no widespread realisation concerning the utility of wetlands in helping contend with the problem of flooding. This is despite advice given to us by the Ramsar Advisory Mission which came to Pakistan at the invitation of the climate change ministry after the country had experienced unprecedented levels of flooding in 2010 and 2011.

The Ramsay experts concluded that preservation of our wetlands would not only provide the most effective means to control flooding, but also provide a low-cost way to store freshwater and recharge our alarmingly depleting underground water reservoirs. The Chinese members of the Ramsar Mission invited our decision-makers to visit the Yangtze River where embankments are being destroyed in order to restore wetlands. The Ramsar experts even identified sites from where floodwater from the Indus could be drained during flooding.

Pakistan, in fact, has over 200 major wetlands and lakes, including alpine lakes in our mountainous regions, man-made reservoirs including the Manga and Tarbela dams, freshwater and saltwater lakes like Lakes Manchar, Namal or Kalar Kahar, as well as the Indus River and coastal area wetlands along the Arabian coast.

Besides flood control, wetlands can help prevent erosion and play a significant role in maintenance of water quality of both surface and underground water supplies, and the abatement of pollution. After the 2010 floods, the heavily polluted Manchar Lake came back to life, and since the toxins were flushed out, the fish have returned. Wetlands are also home to migratory birds and provide an important habitat for fish.

At present, the expansion of agricultural farms is killing off our wetlands. It is, however, encouraging to note that our latest National Flood Protection Plan now has a section on mapping floodplains, and restoring the watersheds and the upstream forests. Proposals by officials within the climate change ministry for designing a low-cost system of ponds to take the floodwater out to dry areas where underground water can be recharged, such as Pattisar Lake in Cholistan, is also a heartening suggestion. Like many other countries, Pakistan also needs a separate Wetlands Management Authority, to ensure that the above proposed measures are in fact implemented.