NASA tests spacecraft 'Orion' that will take man to Mars

NASA tests spacecraft 'Orion' that will take man to Mars

In the mock flight test engine­ers delibe­rately failed two differ­ent parach­utes to test how it would arrive on Earth
By Web Desk
Published: August 27, 2015
Tweet Email 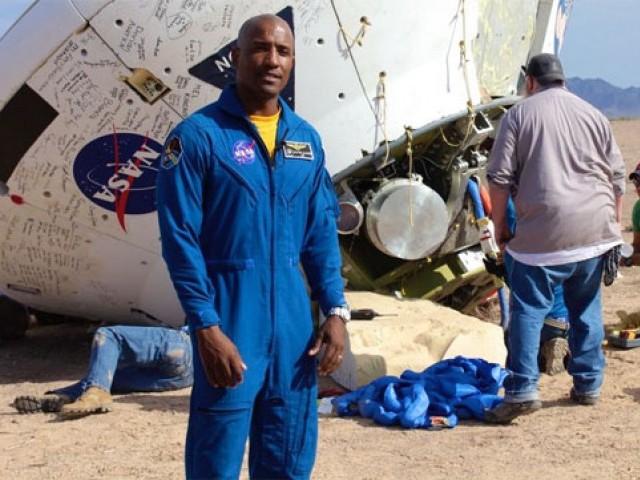 NASA last week conducted a test flight of the Orion capsule which would take people to Mars, intentionally failing two of its parachutes to test how the spacecraft would land on its journey back to Earth.

Following the successful test flight of the Orion capsule in December 2014, NASA again carried out a test flight of an Orion mock up to investigate what would have happened if the parachutes didn’t work.

For the first time in about half a century, a spaceship was designed to carry astronauts all the way to Mars and surprisingly, during the flight test in 2014, Orion’s parachute system was reported to have performed flawlessly after travelling about 3,600 miles into space.

Read: Want to send your name to Mars? Look no further

However, in the recent mock flight test which touched down in the Arizona desert, engineers had deliberately failed two different parachutes of the model capsule. A parachute deployment sequence of the model Orion capsule began after it was dropped from an altitude of 35,000 feet by a C-17 aircraft, above the US Army Yuma Proving Ground in Yuma, Arizona.

The Orion mockup came to a stop upside down. One panel has fallen off. pic.twitter.com/O6gI4z0Wef

“We test Orion’s parachutes to the extremes to ensure we have a safe system for bringing crews back to Earth on future flights, even if something goes wrong,” CJ Johnson, project manager for Orion’s parachute system said.

During the mock flight, engineers intentionally simulated a failure by making sure that one of the two drogue parachutes and one of its three main parachutes did not deploy. Johnson further added, “Orion’s parachute performance is difficult to model with computers, so putting them to the test in the air helps us better evaluate and predict how the system works.”

However, regardless of the parachutes failing, reports stated that Orion landed ‘gently’ in the desert. Further, the parachute enables the crew module to touch down in the ocean at about 20mph within minutes, while it is travelling at more than 30mph. This is what makes it an essential part to ensure the return of future crews who will travel to an asteroid or to Mars and return to Earth in the spacecraft. After the recent flight test’s success, NASA is set to conduct the next stage of testing, featuring eight airdrops over a three-year period, putting the final design through extreme conditions in order to ensure the safe return of the astronauts.

NASA is in the process of developing Orion along with the world’s most powerful rocket, the Space Launch System (SLS) as it hopes to use both to send astronauts to an asteroid in the 2020s, and eventually to Mars somewhere in 2030.

“We’re approaching this as pioneers,” William Hill of Nasa’s exploration systems development office, said while adding that “We’re going out to stay eventually…It’s many, many decades away, but that’s our intent.”