Women giving up jobs due to lack of conveyance, claims Qingqi association

Women giving up jobs due to lack of conveyance, claims Qingqi association

URC hosts discus­sion on travel woes of daily commut­ers in the afterm­ath of Qingqi ban
By Our Correspondent
Published: August 20, 2015
Tweet Email 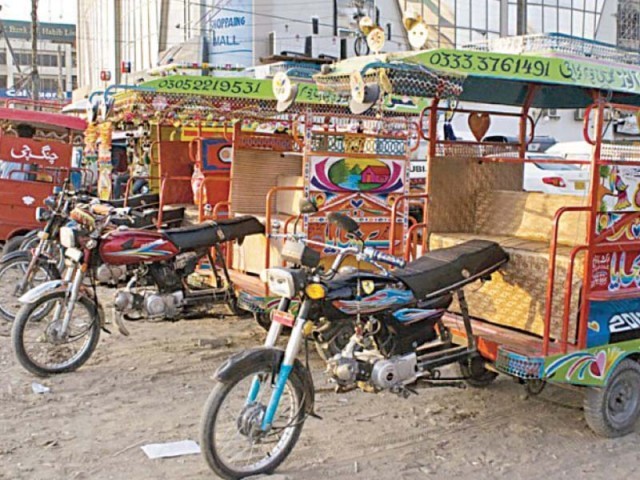 KARACHI: With claims of a large number of people found waiting for some form of transport to take them back home to women giving up their jobs in the absence of conveyance, Qingqi association is unhappy they have been driven off the roads.

Participants of a discussion forum at the Urban Resource Centre (URC) on Wednesday, spoke about the various issues being faced by the commuters in the aftermath of the province-wide ban on Qingqi rickshaws on Wednesday.

The All Karachi Qingqi Welfare Association (AKQWA) president Syed Safdar Shah Qadri said that the association is aware of the hardships of the citizens of Karachi, especially the women, elderly and students, in the aftermath of the ban. “The Qingqis were able to fill the vacuum of transport dilemma in the city, as a result of which, it gained massive preference by the public,” said Qadri.

According to Qadri, ever since June 2010 when Qingqis were brought in huge numbers in the city, the owners have been trying hard to earn it a mini-transport status like that of mini-buses and coaches. “The rule of one-plus-four [one driver and four passengers] was introduced in 2011 by the government itself,” he said. “We accepted all violations and came up with an improved model in 2012 with proper hydraulic brakes and reverse gears. Even this is a problem for them now.”

AKQWA coordinator Ourangzaib Ahmed Wahidi said that the government of 1998 under Pervez Musharraf introduced Qingqi rickshaws countrywide as a replacement of cycle rickshaws. Talking about the strength of numbers, he said as many as 0.3 million Qingqi rickshaws were running all over Sindh, out of which 65,000 were in Karachi alone. He added that these were operating on approximately 300 different routes. Shah responded, “How is it possible that something that is working fine in the rest of Pakistan is not right for Karachi?”

Replying to a question from an audience member about the influx of stolen motorcycles in the market and their use in Qingqi rickshaws, Shah said that these motorcycles were not bought by Qingqi owners. “We had openly said that if any such case appears on our front, the Qingqi association will not support the culprits,” he said.

When asked about underage drivers and traffic jams witnessed in the city, Shah vehemently pointed out, “Now that the Qingqis are off the roads, can you say that there are no traffic jams?” VVIP movements and the red zones, which are off limits to the public, experience the worst of traffic hindrances, he said. “Why does no one question them?”