Projec­t aims to find a soluti­on for feedin­g humans for months in a spacec­raft
By Web Desk
Published: August 19, 2015
Tweet Email 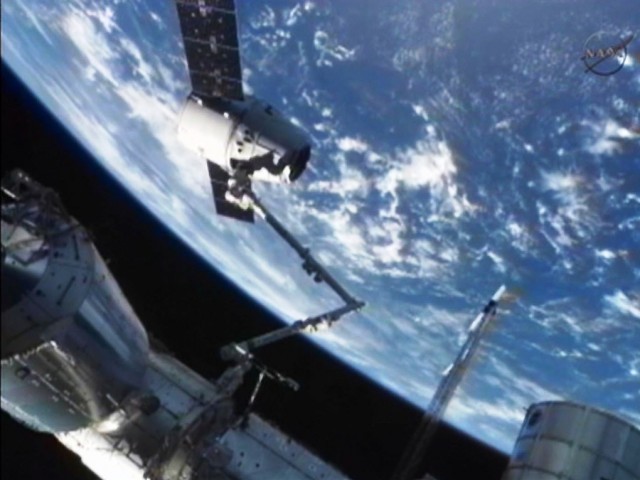 NASA has decided to give $200,000 a year to a research project intended to create food, fertiliser, and supplements from astronauts’ waste for a long space flight.

The project ‘Synthetic Biology for Recycling Human Waste into Food, Nutraceuticals, and Materials: Closing the Loop for Long-Term Space Travel’ is led by Mark Blenner of Clemson University, South Carolina. It will receive up to $200,000 a year for a maximum of three years. The project aims to find a solution for feeding humans for months in a spacecraft.

Apart from the problem of feeding astronauts, NASA also faces the problem of dealing with space waste, especially when it concerns disposal, hygiene, and the practicalities of going to the toilet in zero gravity.

An earlier practice, used by the Soviet Union, of disposing off frozen urine into space from the Mir space station’s toilet is not feasible as it kept hitting the station’s solar panels and damaging them.

According to NASA, the ‘closing the loop’ system would enable astronauts to become much more self-sufficient and to take long journeys to Mars and even further.

Parrot arrested in India for ‘swearing at 85-year-old woman’