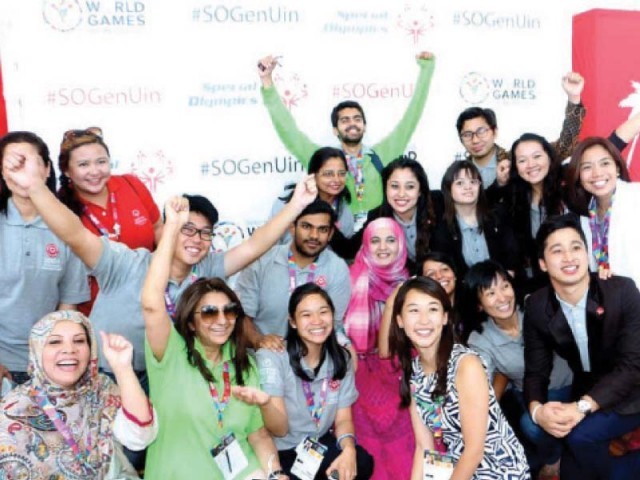 After attending the Social Impact Summit in Los Angeles this year, 24-year-old Tanzila Khan is gearing up to initiate a campaign to support and educate parents of children with disabilities.

Around 120 participants from 30 countries took part in the summit held in July. It aimed to bring young minds together to help make social impact through their ideas. Wheelchair-bound Khan represented Pakistan in the summit with her project My Super Mom and Dad. She secured a spot among the top five participants at the summit.

She is now working on using it to help raise awareness, promote education and a support system for parents and families of people with disabilities.

“It is about empowering parents of disabled children to help them become an active part of the society as well as inspire the society to become more inclusive,” says Khan. Based on her personal experience as a person with a disability, Khan says her parents’ role in making her an active part of the society was something she wanted to share with other parents facing similar issues.Khan says a gradual change led her parents to empower her. “Some parents are overprotective as were mine. However, with the passage of time they realised that even children with disabilities can be empowered,” she says.

Her mother remains an inspiration for her. “My mother has been with me throughout this journey. The realisation of opportunities and empowerment has been gradual…it takes time,” she says.

“Reaching out to parents and families of people with disabilities is vital to bring about a change in attitudes towards the disabled. Due to social pressures and lack of opportunities, many parents are clueless about how to handle their disabled children. This leads to their isolation,” she says.

Khan has an active social media presence. She shares everyday challenges of being a person with disability on her Facebook page, often referring to herself as the ‘girl on the wheelchair’. She believes the solution to making a society inclusive involves extensive sensitisation. “The problem in Pakistan is that most facilities available for the disabled are also used by others. It is the society as a whole we are talking about,” she says.She calls for formulation of policies and design of infrastructure keeping in mind the needs of people with disabilities.

She believes the government and the public need to work together on the issue.

She is now working on holding a summit in December in which parents of children with disabilities will be invited to discuss, share and implement ideas to ensure an inclusive society.

The summit will be held in collaboration with the Special Olympics Pakistan in Lahore and will carry the same title as her original project. “With the existing database on people with disabilities and organisations working with them, we aim to reach out to parents and challenge the mindset that stops them from being proactive,” she says.