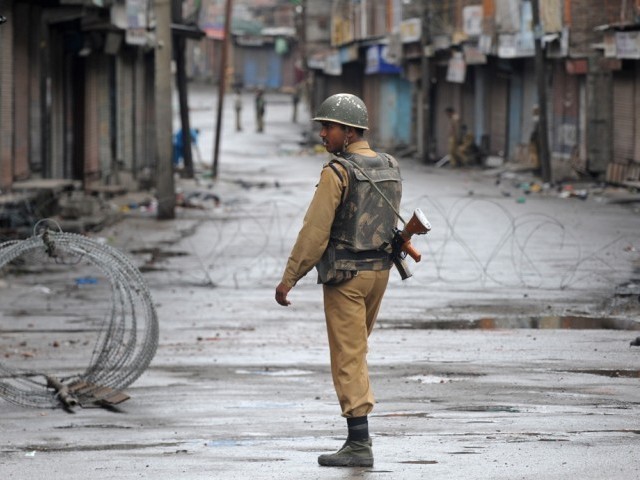 Kashmiris living across the world, including those on both sides of the Line of Control (LoC) are observing black day on Saturday as India celebrates its 69th Independence Day, Radio Pakistan reported.

A complete strike is being observed in Indian occupied Kashmir after a call for black day came from several liberation leaders including Syed Ali Gilani and Mirwaiz Umar Farooq.

Further, Hurriyat leaders Muhammad Yousuf Naqash, Hakeem Abdul Rasheed, Bilal Siddiqi and Syed Bashir Andrabi in a joint statement said, “India had no moral or constitutional justification to celebrate its Independence Day in the disputed territory forcibly occupied by it.”

The call came a day after authorities imposed a curfew in parts of the main city of Indian-controlled Kashmir on August 14 to prevent any move by separatists to celebrate Pakistan’s Indepedence Day, police said.

The restrictions in Srinagar, which included the closure of the city’s main mosque during Friday prayers, were announced on the eve of independence day in both India and Pakistan and follow a recent spike in violence.